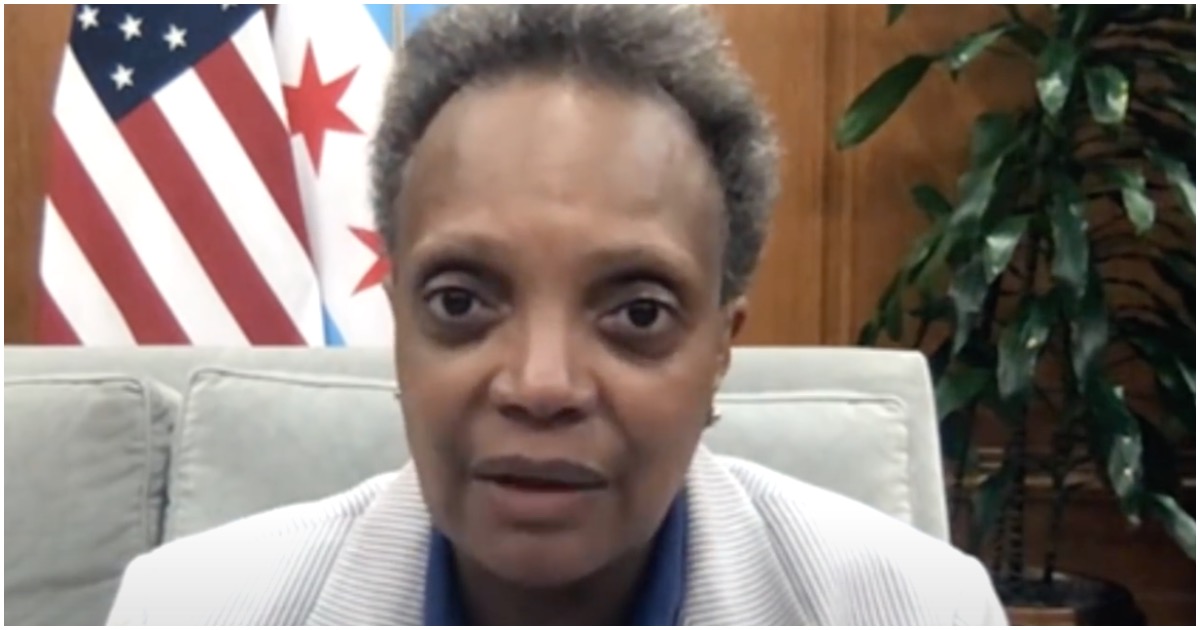 You could say Chicago Mayor Lori Lightfoot is a trip, but in reality she’s just another good Democrat. She knows exactly what to say to keep the mainstream media on her side, which isn’t exactly difficult to do.

Lightfoot is now using Coronavirus lockdowns as a scapegoat for rising violence in the Windy City.

Chicago’s mayor, Lori Lightfoot, had an odd explanation for the gun violence gripping the city Sunday, suggesting that lax gun laws and coronavirus-related lockdowns were largely to blame for the spike in shootings, which has left at least four children dead and dozens of Chicago residents wounded.

“Lightfoot also suggested that the coronavirus shutdowns that kept people inside for months played a role in creating a ‘perfect storm’ while also pointing out the death of George Floyd as an event that sparked anger in the community,” the Examiner reported.

That “perfect storm” is responsible for a nearly record-breaking streak of violence in the city. As of late June, “329 people have been killed in Chicago, an increase of about 34% from the 246 homicides during the same period last year, according to police. Shootings in that period rose by about 42%, from 978 in 2019 to 1,384 in 2020,” NBC Chicago reports. Crime, overall, is down by 9%.

When will this moron go? When will she stop being racist.

Mayor, the reason for the violence is inept Democrat rule.

Another case of that person actually voted into office by voters? Can’t fix stupid.