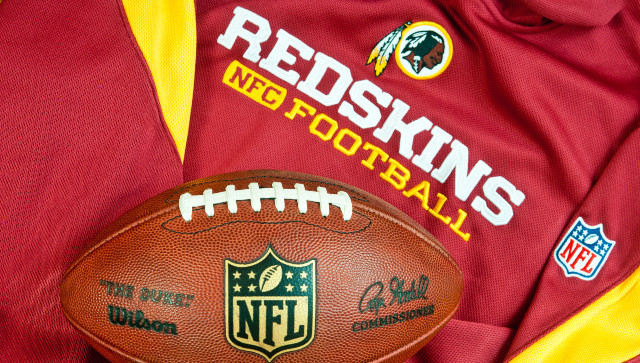 The PC police are at it again, folks.

With the racial tensions in America reaching new heights in light of the death of George Floyd at the hands of law enforcement officers, those who are obsessed with finding racism under every rock and around every corner have once again, for the umpteenth time, set their sights on the Washington Redskins professional football team.

Nike, the world’s most popular shoe and sports merchandises brand, has pulled all products related to the Redskins team as sponsors for the Redskins demand that the team change its name to something a little less offensive.

Searches for Washington Redskins apparel on Nike’s website yielded no results Thursday night, the day after 87 investment firms sent letters to three Redskins sponsors, Nike, FedEx, and PepsiCo, urging them to end their relationships with the team if it did not change its name, according to Fox Business.

“In light of the Black Lives Matter movement that has focused the world’s attention on centuries of systemic racism, we are witnessing a fresh outpouring of opposition to the team name,” the firms said to Nike in the letter. “Therefore, it is time for Nike to meet the magnitude of this moment, to make their opposition to the racist team name clear, and to take tangible and meaningful steps to exert pressure on the team to cease using it.”

FedEx specifically holds the naming rights to the team’s home stadium, and the company CEO holds a minority ownership in the franchise.

This explains why Nike took all the Redskins merch off its site. Wow. https://t.co/NdqZfnT4uA

Owner of the Redskins, Daniel Snyder, has been hit time and time again over his choice to keep the name of the team the same, as folks on the left claim it’s offensive to Native Americans. However, Snyder has refused to change the name and has said that the name will “never” change.

“We will never change the name of the team,” Snyder said. “As a lifelong Redskins fan, and I think that the Redskins fans understand the great tradition and what it’s all about and what it means, so we feel pretty fortunate to be just working on next season.”

The Washington Post conducted a poll back in 2016 to ask Native Americans whether or not they found the name to be offensive. A whopping 9 out of 10 said it wasn’t. When asked to describe how they felt when they heard the term being used, the most frequently used term was “proud.”

Guess this is just another cultural item that the left is doing their best to erase. Once it starts with this, there will be no turning back. Let’s not open Pandora’s Box.