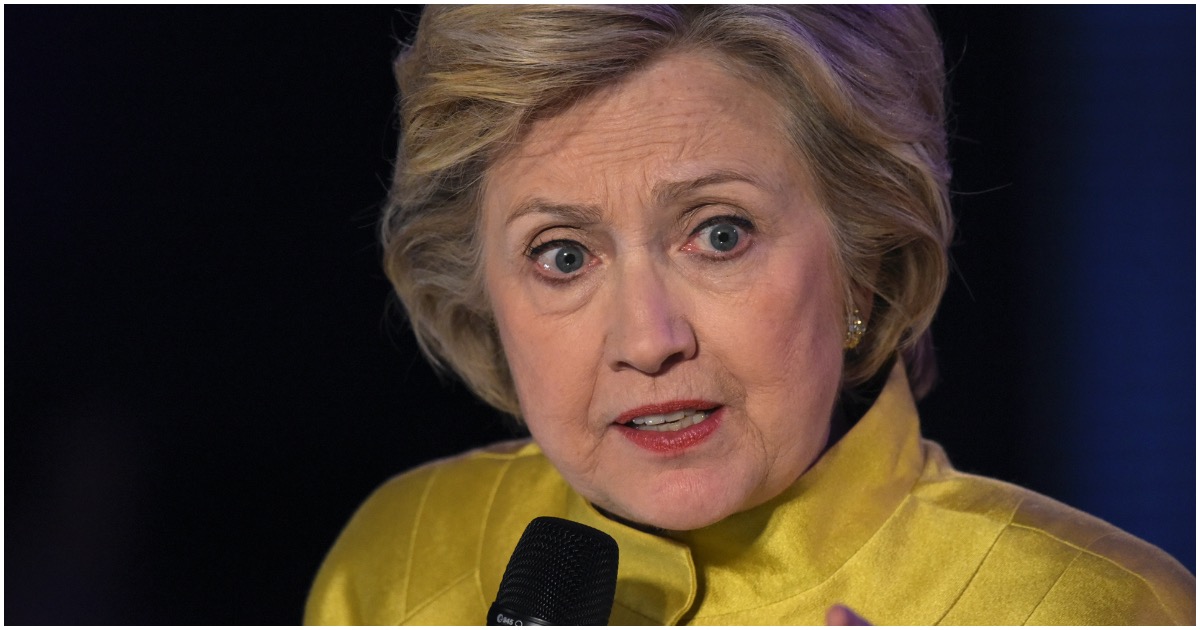 The following article, Hillary Clinton: I Would Beat President Trump If I Was On 2020 Ballot, was first published on Flag And Cross.

During an interview on the “Awards Chatter” podcast, former Democratic presidential nominee Hillary Clinton talked about her documentary series “Hillary,” which the Critics’ Choice Real TV Awards named as the year’s best limited documentary series back in March, according to The Hollywood Reporter. But when the podcast host asked Clinton whether she would win in a rematch election against President Donald Trump, she didn’t hesitate to offer her thoughts.

“Yes. But I think people believe that this is a referendum on him,” said Clinton, who lost the 2016 election by 70 electoral college votes.

She added, “You know, when he ran before, people who knew him mostly knew him from reality TV. He’d been in their living rooms, and he was a businessman, and he looked like a billionaire, and he rode around in his big plane and all of that. So they kinda thought, ‘Well, hey, you know, give the guy a chance. Let’s see what he can do.’ And now everybody, I think, knows what the consequences of that have been.”

Continue reading: Hillary Clinton: I Would Beat President Trump If I Was On 2020 Ballot ...

Just like you beat Trump in the 2016 election, huh hillary. Perhaps you would now round up more fraudulent votes, more illegals & more dead people’s votes?

Felonious Corrupted Wench…..! Can’t even Beat Bill’s or Huma’s Pudd without passing out and banging her head…..! How can she ever Beat President Trump’s Mr. Beefy without killing herself with it….?