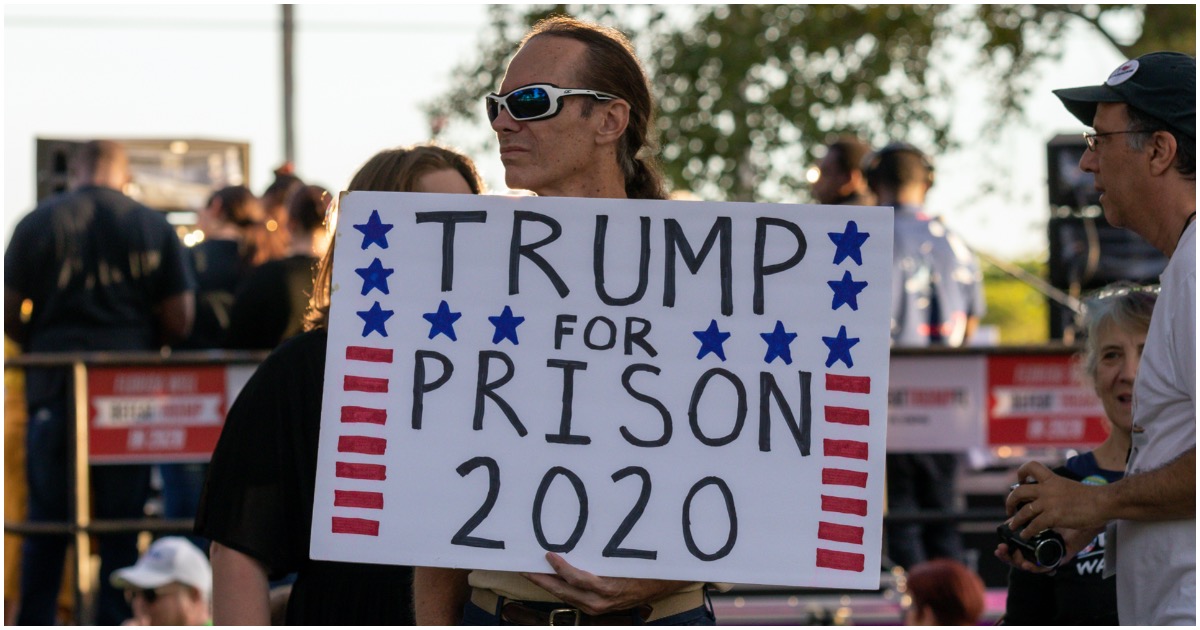 The following article, Democrat House Candidate Wants Liberals to ‘Report’ People Who ‘Show Support for Trump’, was first published on Flag And Cross.

All it takes nowadays for lefties to be triggered is to even mention the name “Trump.” Use the president’s moniker in the wrong sentence, and you might just find yourself out of a job or severely beaten.

This is what Democrats have become; what they always have been, really.

On Wednesday, the Democratic candidate for New York’s 27th congressional district issued a tweet showing how dark parts of the Democratic Party have become, urging his followers to “report” Trump supporters.

Far left Democratic candidate for Congress calls for people to report "support" for Trump. The same candidate said if you support Trump you are a traitor, and hence guilty of treason.

This is a dangerous chill of 1st Amendment freedoms. #1A

Mark my words he is not an outlier. pic.twitter.com/aQJjqhg1O5

McMurray later changed up his tweet, but it’s pretty much the same thing…

If a neighbor shares a racist video and says it’s “funny.”

If your family member says, “I think the media never gives Trump a break.”

Do not roll your eyes

Do not play nice

Do not worry about hurt feelings

Here’s more nonsense from a man who has no business being a lawmaker:

YOU WANT TO BE A MAN?

Your damn assault rifle has no part in that. It just makes part of the most insecure and dangerous club in the world.

If ISIS made a video as threatening as the NRA’s hourglass offering, we would all be legitimately freaked out. Who is behind this “genius” marketing? Are they channeling Margaret Hamilton in the Wizard of Oz? Yikes. #HomeGrownTerrorism pic.twitter.com/IkBGdNMNkG

I stood at the polls all day on Election Day last week.

I saw the people. Many came in angry. Determined to prove a point.

VOTE. We can’t just win, we need to crush this.

In India, the caste system started as the result of politics. The religious, mythical justifications came later.

Here, our “castes” are just as arbitrary. Race. Wealth. Think of how we create lies and mythology to justify theft and inequality.

Fight it. Break it.

The price paid by the Russians for a dead US soldier?

Wake up, New York. Don’t put this guy in a position of power.

Unsurprising to me that a run-of-the-mill DemonKKKrat is slamming legal gun owners (but silent about hundreds of black people being murdered during riots, or CHAZ/CHOP terrorists arming themselves). Also not shocking: that a Marxist race-baiter tries to suppress free speech – just like the Russian and Nazi FASCISTS they try so hard to emulate!

Communism anyone? If that’s what you wish merely help elect a bunch of democrats/socialists this November and you are on your way. Merely have to listen to those dem politicians and see what they have in store for America & Americans.