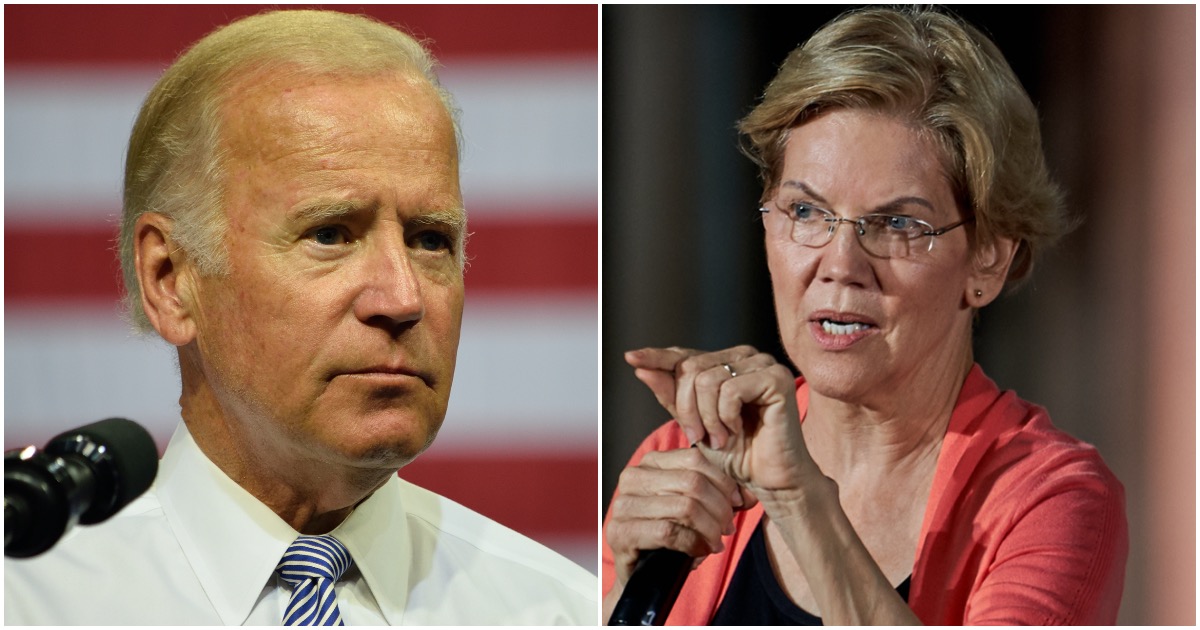 Imagine for a second what a Joe Biden/Elizabeth Warren Executive Branch would look like? Free speech would all but die, you’d have to imagine. Basic freedoms would most likely be stifled, also.

The problem is that if it happens, liberals won’t see how bad things have become until far too late.

Elizabeth Warren has emerged as a top contender to become Joe Biden's running mate because of her policy credentials and ability to excite progressive voters. https://t.co/hq4i7jnS4q

Many progressives are loudly calling for Joe Biden to pick Elizabeth Warren as his running mate. They insist the liberal senator, who’s long been a darling of the left, would help the presumptive Democratic nominee win over skeptical young voters.

But Warren is a 71-year-old white woman from Massachusetts. And for months, Biden, 77, has been facing growing demands to choose a Black woman as his running mate. Those demands have only increased as widespread protests against racial injustice have swept the country following George Floyd’s death in police custody.

There's not enough wampum in the world to get me to vote for her.

Have you noticed what percentage of the vote she’s been getting in recent primaries? 1-2%. How does that translate to excitement?

Top contender among pundits but nope.

That’s what her people told the person who wrote this article. It’s a tiresome claim that does not jibe with what the Biden campaign has been saying. Warren is handling this poorly.

Warren excites progressives? Since when?

Yeah, because what we really need right now is more ancient white career politicians running things. Because they've done so much during their decades of public service.

Thought old lizzy was pretending to be Indian? Now she will have to pretend to be black as those dems have been screaming for a black-female on their “ticket” to entice black & female voters. You, know, vote for someone that looks like you even if not qualified.