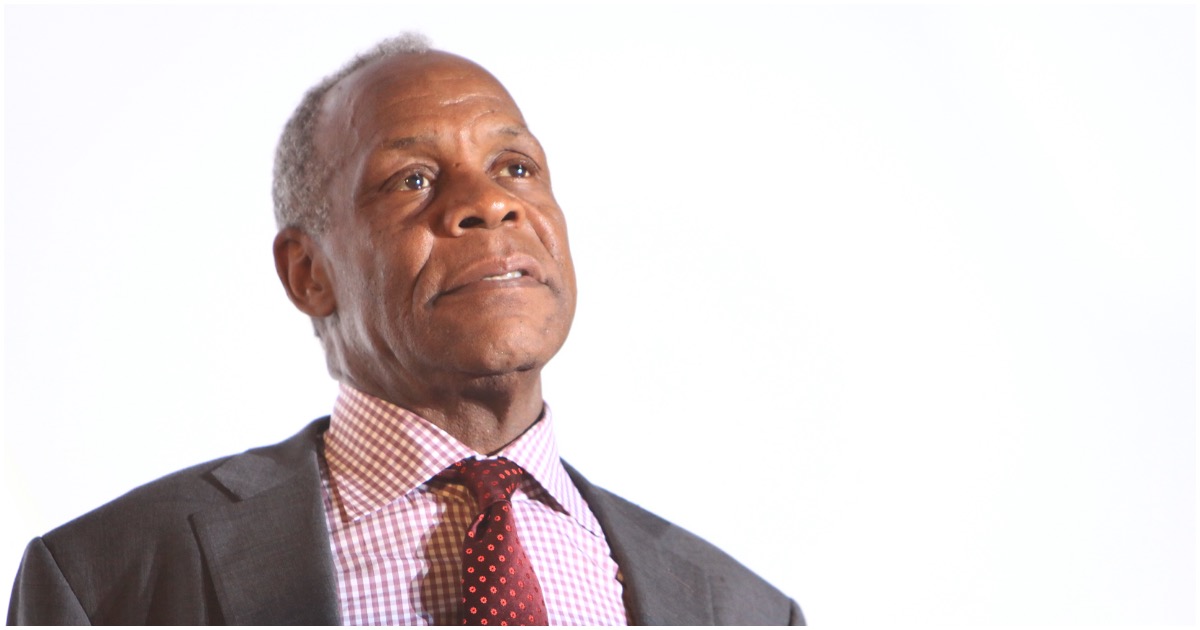 The following article, Actor Danny Glover Thinks Cops Are the ‘Last Line of Defense for White Supremacy’, was first published on Flag And Cross.

It’s amazing how someone with millions in the bank, someone extremely successful in an industry with a high rate of failure, can hate on America like they get paid to do it.

Then again, actors aren’t known for being geniuses.

“But the violence that we see — whether it’s the toxic places where they (black people) live; the inadequacy of health care for them; whether it’s the lack of affordable housing; the absence of jobs at living wages; all those things – that’s basically going unseen. We see the actual violence because the police is what it is. It’s the last line line of defense for white supremacy. That’s what the police represents. They don’t protect African Americans,” Danny Glover said in an interview with Variety, speaking about the death of George Floyd and the frenzy of protests and hysteria that followed it.

Unless they start getting paid upwards of $1 million annually, is anybody going to want to be a police officer in the next couple of decades?

LOWER MANHATTAN — Several police officers assigned to a protest detail drank beverages with a toxic substance in them at a Manhattan Shake Shack, according to the Patrolmen’s Benevolent Association.

The officers were hospitalized after drinking the beverages from a Shake Shack near Broadway and Fulton on Monday and are expected to recover, PBA President Pat Lynch said.

Shake Shack is trying to murder police officers. No doubt they’ll apologize to Black Lives Matter and give money to bail out anyone arrested for the poisonings.

Danny you may be correct. Look at the murder rates in the Democrat run cities. Genocide on display.

I thought this guy had half a brain. He doesn’t even have that much.