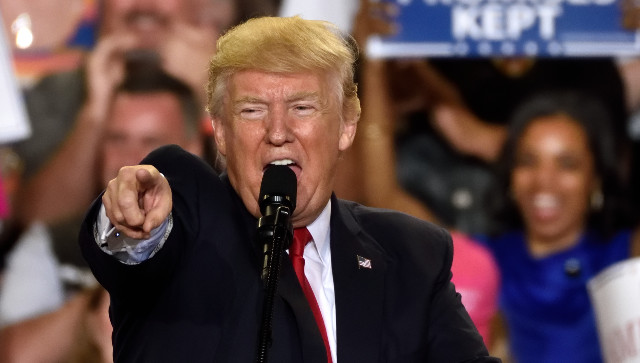 The following article, Trump Apparently Ready For More Rallies, Despite ‘Plea’ From Fauci For Folks To Avoid Crowds, was first published on Flag And Cross.

President Trump’s campaign has come out and stated that the commander-in-chief is eager to start holding more rallies, despite the fact that many states are now wrestling with surges in the number of active coronavirus cases.

This is actually pretty understandable. One of the main ingredients for Trump’s success back in 2016 was the rallies he held on a regular basis. These events provided an opportunity for him to connect directly with his base and get them fired up about his America first agenda.

Without holding these events, a major tool of victory has been stripped from him, making it more difficult to get people excited about what he’s planning for the next four years should he be reelected.

“President Trump is eager to keep hitting the campaign trail and holding more rallies to speak directly to the American people,” Trump campaign communications director Tim Murtaugh said in a statement to the Washington Examiner. “He built the best economy anyone has ever seen and he will do it a second time. By contrast, Joe Biden would raise taxes and impose the job-killing Green New Deal on every employer in the country.”

Trump announced earlier this month he would hold rallies in Florida, Texas, Arizona, and North Carolina, all states where local officials have dialed back reopenings and officials have called for mask-wearing. Trump has been seen wearing a mask publicly only once and said last week he believed some people wore masks to “signal disapproval” of him.

“We’re going to be coming into Florida — do a big one in Florida, a big one in Texas,” Trump said at an event with members of the African American community in the White House Cabinet Room on June 10, announcing his return to the campaign trail with a rally in Tulsa, Oklahoma, on June 19, which was later moved to the following day. “They’re all going to be big. We’re going to Arizona. We’re going to North Carolina at the appropriate time.”

Trump’s last rally was a group of 3,000 young people at a Students for Trump event held in Phoenix, Arizona.

Dr. Anthony Fauci is not a big fan of the president’s idea, still cautioning folks to avoid large crowds and gatherings. Too bad all of those Black Lives Matter people are totally trashing his advice and pretty much doing exactly the opposite of social distancing. Of course, since that cause is being politicized for the left against Trump, it’s fully acceptable to attend the protests.

“Even though many people, for a variety of reasons, do not listen to the, not suggestion, but plea to not congregate in crowds, some people are going to do that anyway,” Fauci said during a hearing that was held last week.

However, very few people in attendance at the Phoenix event were wearing masks, and the same was true of individuals at the rally in Tulsa, Oklahoma. So far, eight campaign staffers at the event tested positive for the illness.

As of this writing, the president is scheduled to speak at a July 3 fireworks event for 7,500 people at the site of Mount Rushmore.

Merely more of the democrats agenda in their corrupt attempts to steal elections.