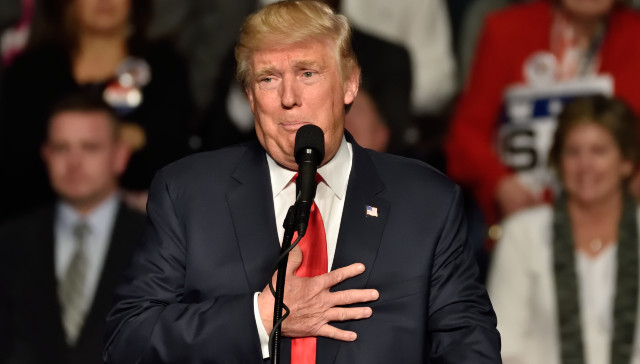 The following article, Iran Issues Warrant For President Trump’s Arrest Over Killing Of Soleimani, was first published on Flag And Cross.

The nation of Iran has been a bit of a thorn in the side of the United States for a long, long time now, and it doesn’t seem like that’s going to change any time soon.

Iran has officially issued an arrest warrant for President Trump over the killing of one of their military officials, Gen. Qassem Soleimani. You know, the ruthless, evil commander who killed lots and lots of American soldiers over the years.

Here’s more on that via The Washington Examiner:

Tehran prosecutor Qasi Mehr asked the International Criminal Police Organization for help on Monday to arrest Trump and 35 other U.S. political and military leaders accused of being involved in Soleimani’s death, according to the government-funded Islamic Republic News Agency.

What’s not going to make Iran very happy is the fact that the president is in no danger of actually being arrested. Interpol’s guidelines prohibit the international group from being allowed to “undertake any intervention or activities of a political” nature.

The tensions that exist in spades between the United States and Iran skyrocketed after our military conducted a drone strike in January that killed Soleimani, who was a member of the Islamic Revolutionary Guard Corps’s elite Quds Force.

Washington is convinced this particular group has been responsible for the deaths of hundreds of U.S. soldiers in Iraq. The U.S. claimed to have been made aware of a plot by Soleimani to carry out future attacks that would pose a direct threat to U.S. national security.

Seems like a waste of time and effort, right?

This all begs the question of whether or not, as the left claims, Islam is really a religion of peace? The faith demands that you either convert or die, submit or be forced to your knees. Hardly sounds like a peaceful system of belief.

The gospel on the other hand is not a religion of force. Christians preach and try to convince folks to repent of their sins and turn to Jesus in faith. It’s a conversation. Christianity seeks to win over hearts and minds and to glorify God by kindness and service to others.

Not all cultures are equal. Some are rotten. Soleimani is proof of that.

Aw, shucks. Why don’t you iranian morons come on over and try to take him. Perhaps they think obama is still here and will send them billions more American dollars??

Trump’s busy saving our country. How bout we give you the nigger obama.