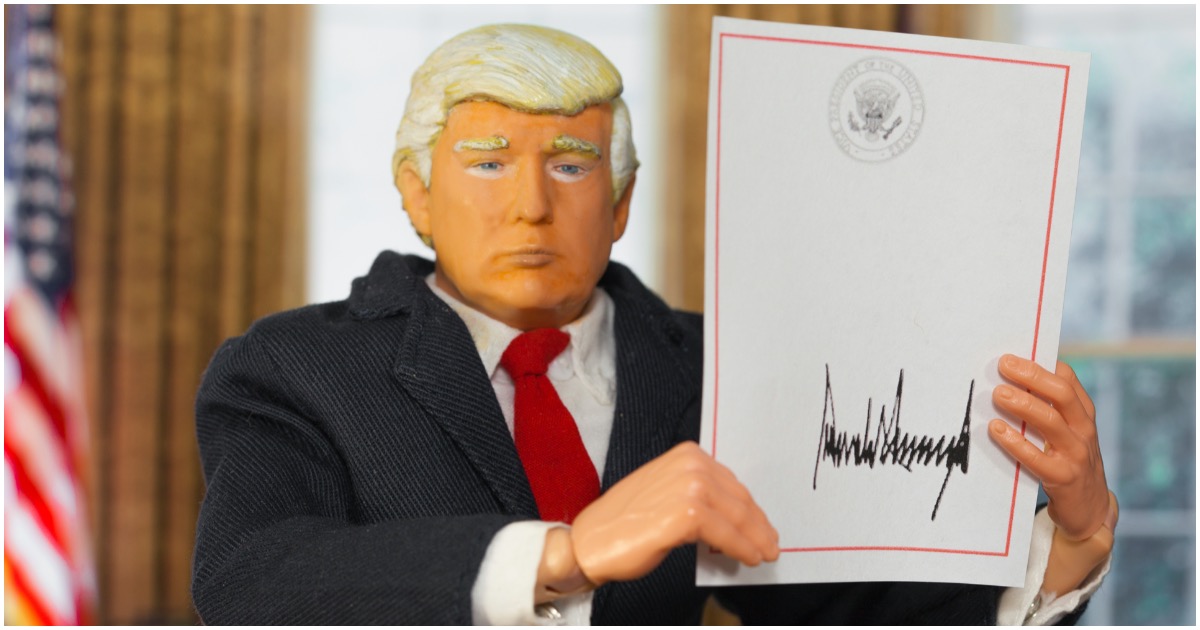 The following article, Federal Funding to Be Stripped From Cities That Fail to Protect Their Monuments (Details), was first published on Flag And Cross.

After watching far-left vandals attempt to rip down the statue of former President Andrew Jackson right in front of the White House, President Trump has decided to put his foot down.

Don’t protect your monuments, don’t get any cash.

President Donald Trump announced late Friday that his administration would be enforcing federal provisions demanding that cities and states protect monuments paid for by the federal government and threatening those who pull down monuments with “long prison time.”

Trump tweeted about the executive order on Saturday, calling it a “strong” response to efforts, across the country, to pull down monuments deemed “racist” or “controversial.”

Trump wrote in a tweet, “I just had the privilege of signing a very strong Executive Order protecting American Monuments, Memorials, and Statues – and combatting recent Criminal Violence. Long prison terms for these lawless acts against our Great Country!”

Check this out, via NBC Philadelphia:

Continue reading: Federal Funding to Be Stripped From Cities That Fail to Protect Their Monuments (Details) ...