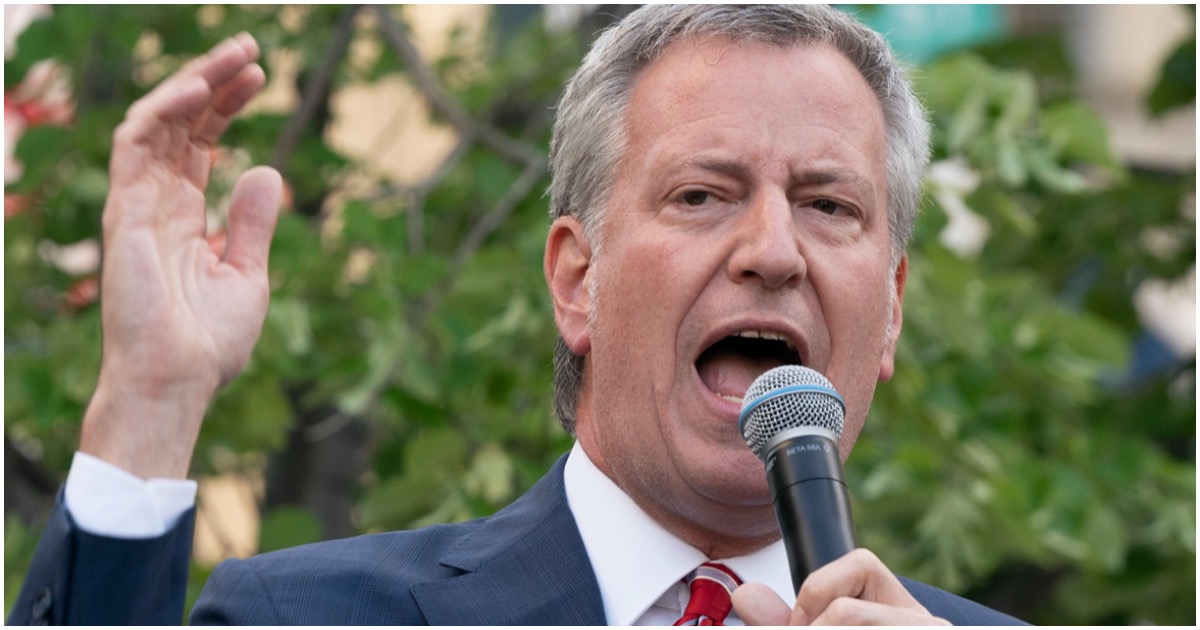 The following article, Bill De Blasio Aiming to Cut NYPD Funding By $1 Billion, Despite Crime Spike In NYC, was first published on Flag And Cross.

Bill de Blasio continues to do everything in his power to ensure New York City fails to improve. How can gutting law enforcement funding in a place known for crime be a good thing, Bill?

New York City Mayor Bill de Blasio is proposing to slash the city’s police department budget by $1 billion, even as crime is spiking in the Big Apple.

In a Monday morning press conference at City Hall, the Democrat said the saved money would be diverted to “young people.”

Bill said, “My office presented to City Council a plan that would achieve the billion in savings for the NYPD and shift resources to young people, to communities in a way that would help address a lot of the underlying issues that we know are the cause of so many problems in our society.”

This is what a “light touch” looks like: Police officers responding to a shots fired job in Harlem last night were met with this. @NYCMayor, @NYCSpeakerCojo and company should be held responsible for surrendering our city. pic.twitter.com/R64BYTUhvY

You better start with your security! ALL of it!!!! I would not want to be on you detail! Bye-Bye!

“The billion would be diverted to young folks”? Sounds like more vote buying on the part of democrats.