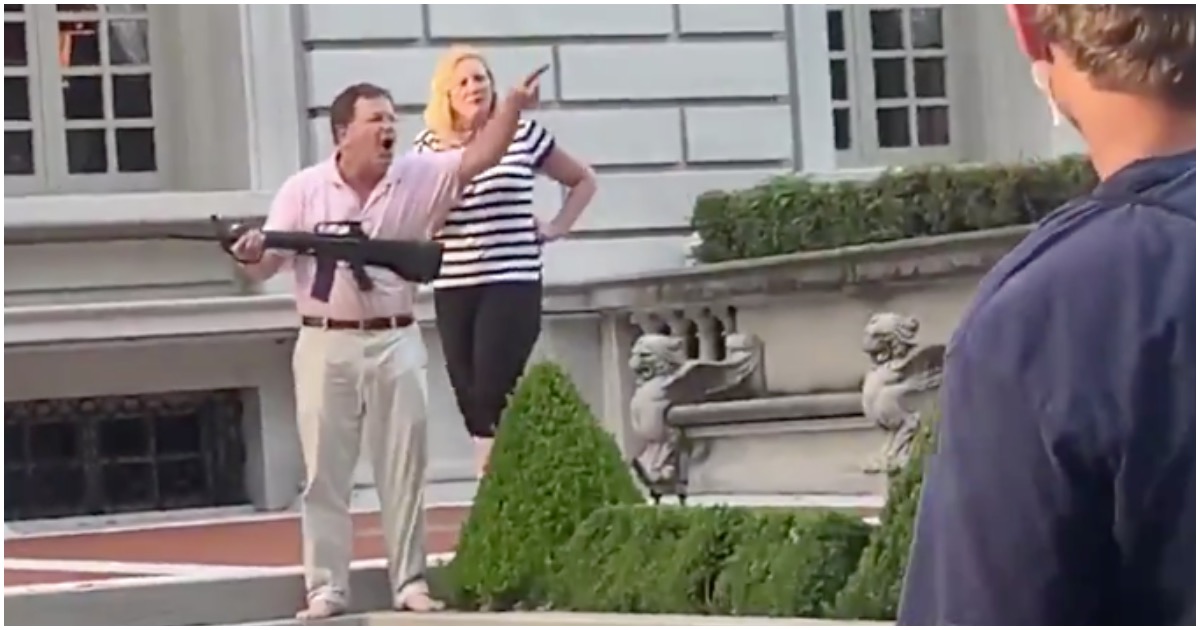 Black Lives Matter rioters don’t care who they hurt or what they damage. They just believe that the more pain they inflict, the likelier they are to see “change.”

George Floyd didn’t deserve to die under Derek Chauvin’s knee. At the same time, not all cops deserve to be vilified nor do these nut jobs have to commit the crimes they’re committing.

Check this out, per Daily Wire:

Armed residents in St. Louis, Missouri, reportedly guarded their property on Sunday evening as demonstrators marched through their neighborhood.

Columbia Missourian journalist Daniel Shular recorded a video of the couple and posted in on Twitter, writing: “A couple has come out of their house and is pointing guns at protesters in their neighborhood.”

Protesters have stopped at the Mayor’s house #StLouis #LydaKrewson pic.twitter.com/0jRYzzr8cI

Even the flag burning in the clip below took place in Los Angeles, the reason is due to the death of George Floyd in Minneapolis.