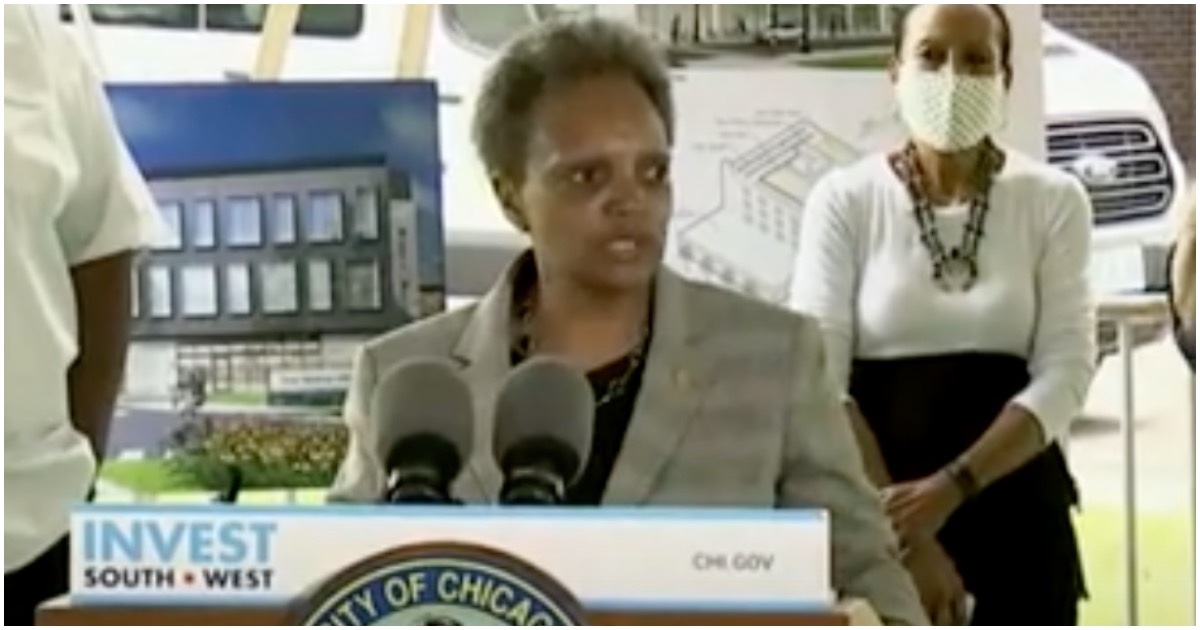 The following article, 18 Dead & Nearly 50 More Wounded During Weekend Violence In Lightfoot’s Chicago, was first published on Flag And Cross.

Chicago seems to live out its own Groundhog Day with each passing weekend. Non-stop gun violence in a city with strict gun measures should be enough to prove to lefties that gun control is bogus, yet they push for even more restrictions.

CHICAGO — Four children were among 65 people shot across Chicago this weekend, 18 of them fatally. Three of the children were killed. Six Chicago children have been killed just in the last week to gun violence.

The weekend gun violence brought Chicago past 300 homicides so far this year, the benchmark that Supt. David Brown challenged the police department to stay under in April. Last year, the city didn’t break 300 homicides until early August, according to Sun-Times data.

Lightfoot succeeded former Obama aide Rahm Emmanuel as mayor of Chicago. You’d think most sane Chicagoans might want a do-over on both of those choices.

It’s all OK… THOSE black lives don’t matter! Just like the 444 black babies out of every 1000 aborted (ie. 44.4% – although blacks only make up <13% of America's population). Or the black LEO's murdered during the "peaceful protests…" – their lives apparently don't matter either. Now I'm just confused: WHICH black lives actually matter? And who decides?

All part of the Democrat genocidal plan to reduce the black population. Well done Chicago.

Sickly looking Spider Monkey…..! Had better relocate to the Congo’s Lafaunda Hill’s where she can eat fermented fruit to her hearts desire….!