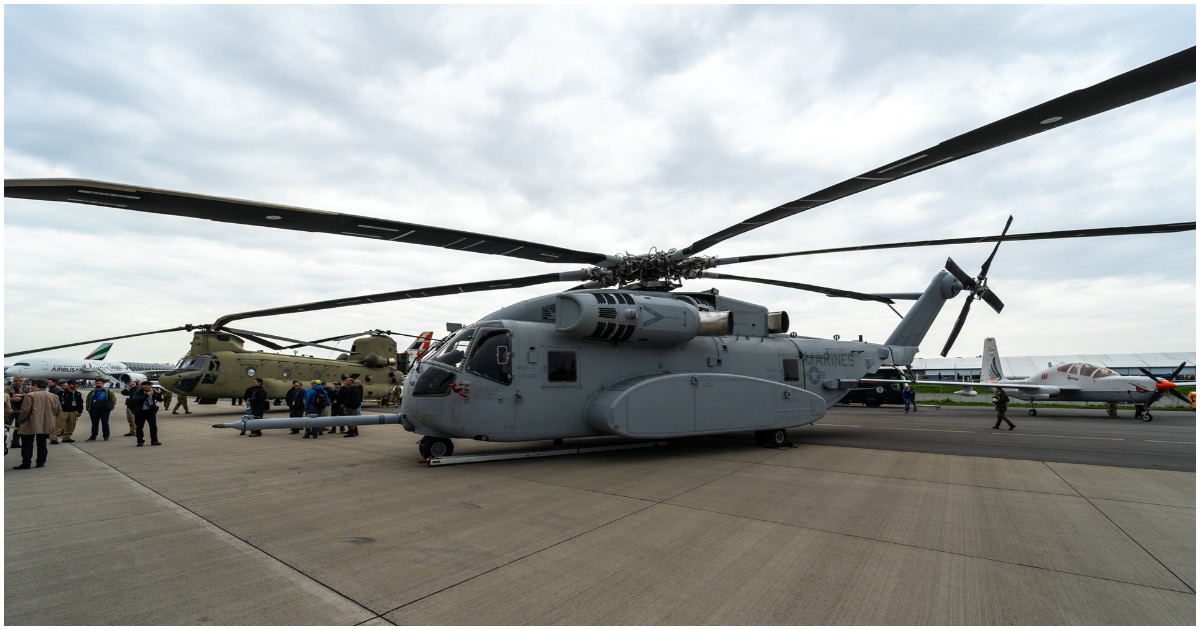 President Donald J. Trump’s ‘America First’ foreign policy is important to maintain. He was spot on when he advocated dialing back the costly nation building of the past. Using the resources saved from investments in Iraq and Afghanistan infrastructure to invest at home is an issue that helped launch Trump into the presidency. It is consistent with the Trump Doctrine to not make unnecessary expenditures on military hardware that is overpriced and unnecessary.

The CH-53K King Stallion helicopter will cost an already hurting taxpayer a King’s Ransom. That is too much of a burden during these troubling times.

Our nation just breached $26 trillion in national debt and this year has proven to be a year with record spending according to Forbes citing the Congressional Budget Office. To make sure our nation does not go bankrupt, we are going to have to find savings in every aspect of the federal budget. The Pentagon provides for the national defense, yet there are opportunities for tens of billions in savings if the federal government becomes smarter with acquisition strategies and to makes sure they are spending money on hardware that will make America safer. Some ideas don’t seem to be subject to any cost benefit analysis.

One aspect of the rebuilding of America is to be smart about how the Pentagon allocates resources. There is a swirling controversy about the United States Marine Corps (USMC) plans to purchase the super expensive CH-53K King Stallion helicopter. This vehicle was designed for deploying Marine troops forward in a war, because the designs allow for heavy lifting of heavy equipment, and troops, in a desert terrain. The scenario where these specialized helicopters would be used to air drop in Marines and equipment seem not to be likely to happen any time in the near future, because these seem to be offensive weapons that allow for the movement of heavy equipment and troops over 100 miles quickly to establish advanced base operations. These were not available, nor necessary, during the Iraq and Afghanistan initial war efforts, yet the American military imposed stunning victories in a short period of time. It is hard to find a scenario where the tens of billions in investment will return a better national defense than we have now.

One of the biggest problems with the plans to deploy these helicopters is the excessive cost. According to a Popular Mechanics in a story titled, “Meet the Helicopter That’s More Expensive Than the F-35,” the cost will be approximately “$31 billion for 200 helicopters.” The report indicates that ‘between March 2016 and April 2017, the total acquisition cost of the helicopters rose 6.9 percent” and “each CH-53K will now cost $138.5 million, up from $131.2 million one year ago.” That is too much for a helicopter.

Think about it this way, if my budget is $20K for a car, I am not going to go out and purchase a million-dollar Ferrari racing car. I don’t need a car that goes that fast, even though I would love to have one, nor do I need to drive to and from work in a luxury car. Yet the Pentagon has gone out and designed the Ferrari of helicopters and they want you to pay for 200 of them. It makes no financial sense to buy 200 of them, nor will this fleet of luxury helicopters enhance national security.

Rational minds at the Defense Department have looked at more inexpensive alternatives for the CH-53K King Stallion to provide a mix of tools that will work on the battlefield. The Pentagon is actively entertaining the idea to dial back the number of King Stallions and acquire modified CH-47F Chinook helicopters maintained currently by the Army that are smaller and have a lower lift capacity to provide a mix of helicopter capabilities. Having diversity in the Marine helicopter fleet makes sense, because a fleet of 200 King Stallion helicopters seems one dimensional when we have no idea the challenges the Marines will face in the next ten to twenty years.

President Donald J. Trump’s America First policies are popular. The taxpayers have already paid a King’s Ransom to get the economy back on track, more spending on unnecessary aircraft seems inconsistent with the Trump Doctrine on foreign policy and a recipe for taxpayer revolt.