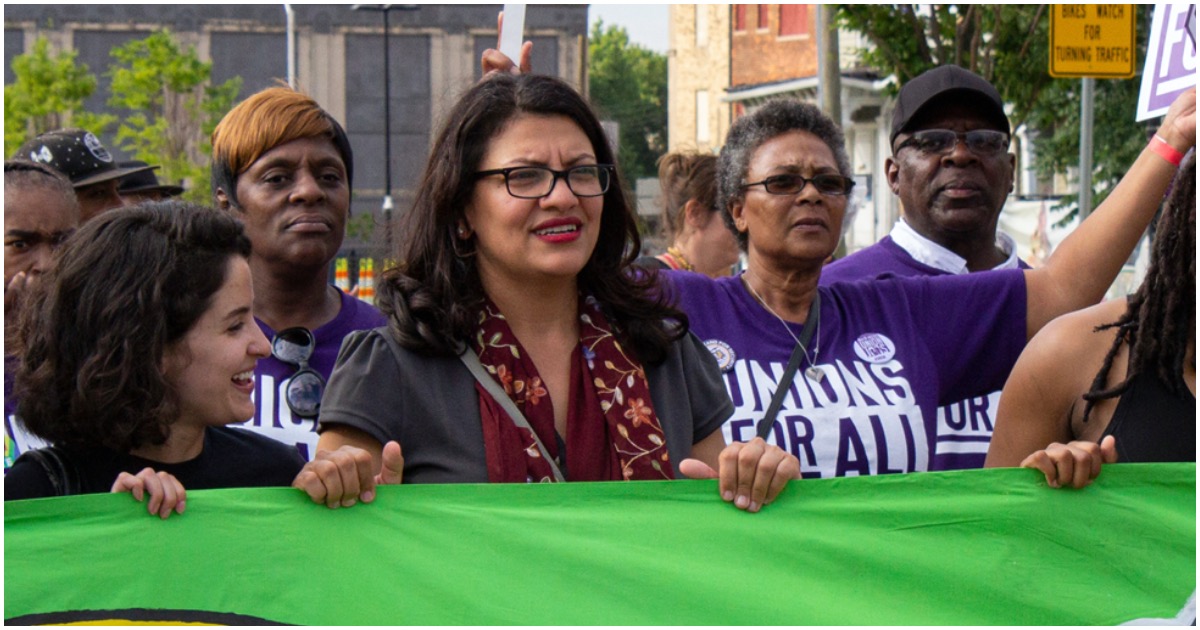 The following article, Rashida Tlaib Shows Support for Supporters of Palestinian Man Who Targeted Israeli Soldiers, was first published on Flag And Cross.

Rep. Rashida Tlaib is a very proud American who loves everything about her country and was definitely not draped in the Palestinian flag when she won her election in 2018.

Here’s the latest nonsense from the Michigan representative, via TDW:

Rep. Rashida Tlaib (D-MI) boosted supporters of a man that Israeli police say targeted law enforcement and injured one border guard enough to warrant a trip to a hospital.

Tlaib retweeted four statements from accounts accusing Israeli law enforcement of unjustly killing Ahmad Erekat, 27, on June 23 after he drove his car into a border checkpoint injuring one guard. Erekat was the nephew of Saeb Erekat, the secretary general of the Palestine Liberation Organization (PLO).

While Tlaib and Rep. Ilhan Omar (MN) were laughing it up and telling jokes with Rep. Primala Jayapal (WA) during a press conference where Rep. Sheila Jackson Lee (TX) was talking about American troop casualties in Iraq, AOC remained silent.

It’s certainly not like a conservative website to stand up for Ocasio-Cortez, given everything she stands for. But when compared to Omar, Tlaib, and Jayapal, AOC looks like a pro-American Trump supporter (in this one clip).

Pretty awful – no matter the context.

Are you detroiters going to re-elect this anti-American this year, or is there not a legitimate candidate available to you….

Help our organization by donating today! All donations go directly to making a difference for our cause.