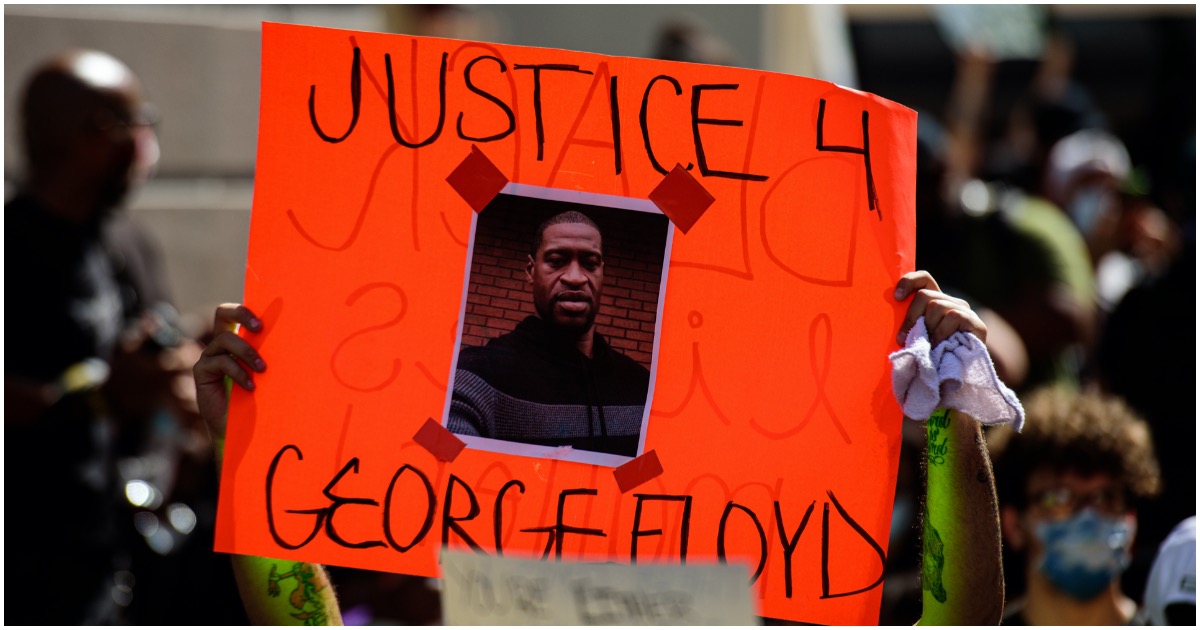 The following article, Student Makes Joke About George Floyd, Gets Death Threats, School Opens Probe on Him, was first published on Flag And Cross.

Jokes are illegal in 2020 if the left disagrees with them. Laughing, in and of itself, is like nails on a chalk board to the collective liberal ear.

Might stand-up comedy be outright banned one day in a nation that increasingly sees free speech stifled?

Congratulations to George Floyd on being drug free for an entire month!

George Floyd wasn’t a saint. He didn’t deserve to be murdered by former cop, Derek Chauvin, either.

But we’re talking about a friggin’ joke, people.

A message from President Richard Myers:

The insensitive comments posted by one K-State student hurts our entire community. These divisive statements do not represent for the values of our university. We condemn racism and bigotry in all its forms.

We are launching an immediate review of the university’s options. Black Lives Matter at Kansas State University and we will continue to fight for social justice. 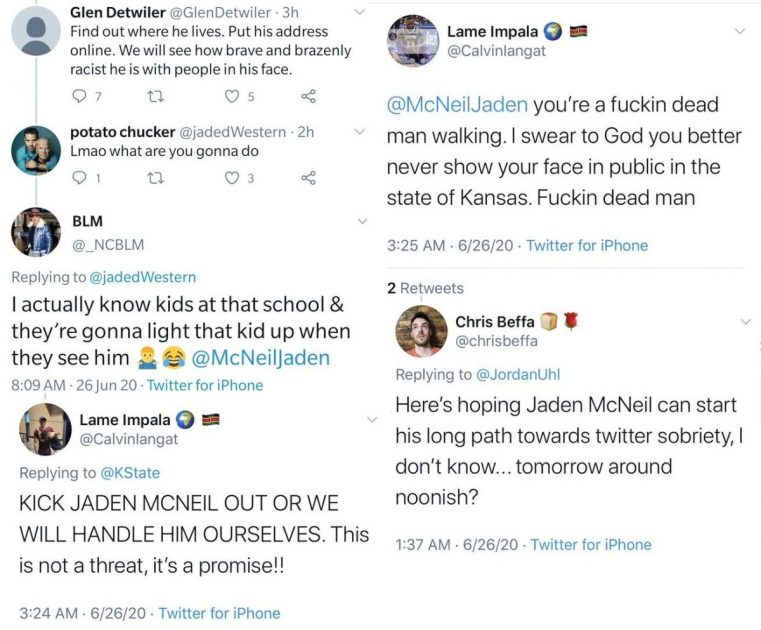 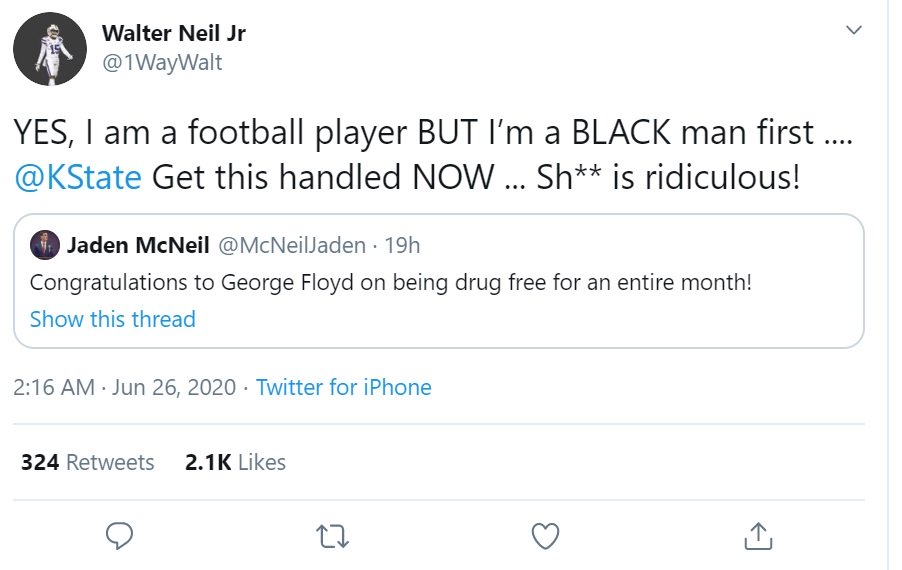 If Dave Chappelle tweeted this, no one would blink. Instead @KState officials, football players & virtue-signaling babies are in an uproar…and @McNeilJaden is getting death threats & expulsion threats across social media. OVER A JOKE.

What a weak, pathetic country we live in. https://t.co/4qOI4I6jJs

Jokes: YOU MUST BE EXPELLED!

This isn't just a K-State phenomenon. It's all universities.https://t.co/GEYVVX3GhQ

Why is the president of the university bothering himself with a joke someone made on Twitter? And in what way does an inappropriate joke hurt anyone, let alone the "entire community"? This is beyond parody. The whole university has gone into DEFCON 1 over a kid's tweet. https://t.co/WaUxep2a5P

Sad to see them trying to disparage Jaden over a JOKE. We stand with you @McNeilJaden these people are EVIL. Never back down to the mob #IStandWithJaden pic.twitter.com/AicYc6Ee4S

"Coward" I'm one of the few people in this country willing to stand against the mob. The real cowards are people like you who bend over backwards to defend this shit in fear of being called racist or whatever. You're pathetic. https://t.co/xRBC02BjFC

Today is a good day to remind everyone that both of these people faced no repercussions, but hey, I'm the one causing issues on campus, right? pic.twitter.com/56GH2prM2l

Have to remember that it’s a “capital crime” to make a joke or criticize the leader (or anyone that leader wishes) of communist countries; coming now to America?

This kid just made a joke. Why is everyone so offended? What did he say that was racist? Did he mention color of skin? NO. I am sure he would have said this had it been a white guy. People find racism where they want to find it and not in truth.