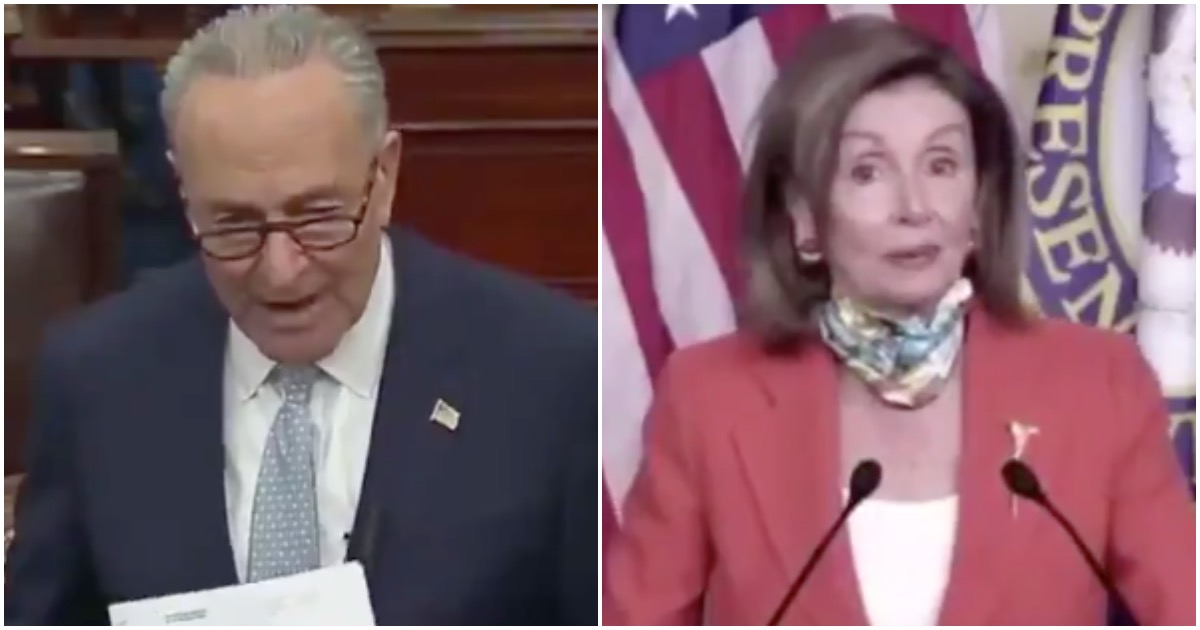 His name has been mentioned all over the world for weeks. But Nancy Pelosi and Chuck Schumer appear to have just as awful a memory as Joe Biden.

The leaders of the Democratic Party in Washington, Senate Minority Leader Chuck Schumer and House Speaker Nancy Pelosi, are so dedicated to seeking justice for Floyd Taylor —wait — George Taylor —George Kirby — wait — just whom are they seeking justice for?

According to Schumer, it’s Floyd Taylor. According to Pelosi, it’s George Kirby, as can be seen below:

.@SpeakerPelosi & @chuckschumer, you are doing such an honorable job of honoring Floyd Taylor, I mean, George Taylor, um I mean, George Kirby…… pic.twitter.com/14ilSGrrtH

Pelosi is a just another good Democrat.

Rep. Adriano Espaillat: "It is… criminal to leave out immigrants. They clean our houses, take care of our children and our elderly. It is also criminal to short change New York." pic.twitter.com/JktBPrKacF

Pelosi and Schumer really had sympathy for the death of George Floyd, they couldn’t even remember his name…….Goes to show all the BS and photo op they spewed about his death was just that, Bullshit…….

Well, can’t expect these two dems/losers to remember the names of those useful idiots, as they consider them.

Hardly surprising – DemonKKKrats have never cared about their former slaves except for the VOTES!

Anyone with a brain, isn’t surprised. She’s still trying to blame trump, and the republicans. I guess she forgot. It was a DemonRAT cop, in a DemonRAT state.