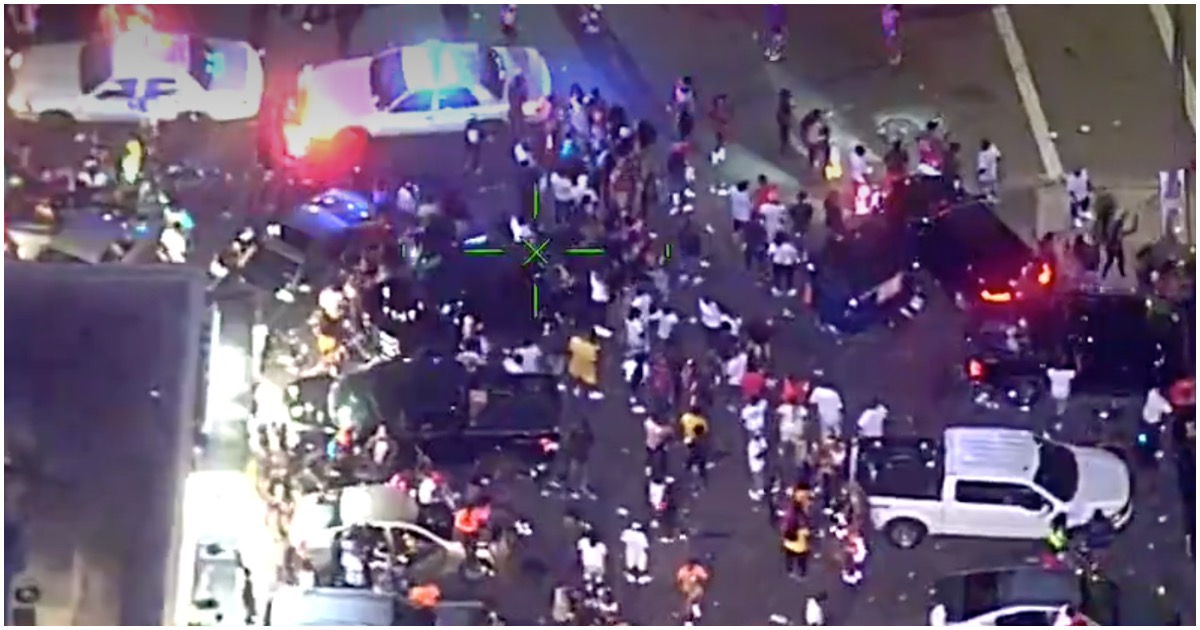 The following article, Officers Surrounded & ‘Ambushed’ By Protesters In Florida, Says Tampa Bay Chief of Police, was first published on Flag And Cross.

A bunch of future Joe Biden voters decided to ambush police officers in Tampa Bay, Florida this past Saturday night. These are most likely the kind of people who don’t have to use “COVID” as the reason they don’t have a job.

Likely the officers were not allowed to defend themselves and would face criminal charges if they did so. And wondering why the “new police”, antifa & blm, didn’t show up to defend them, or then again it was more likely it was those criminals doing the assaults??