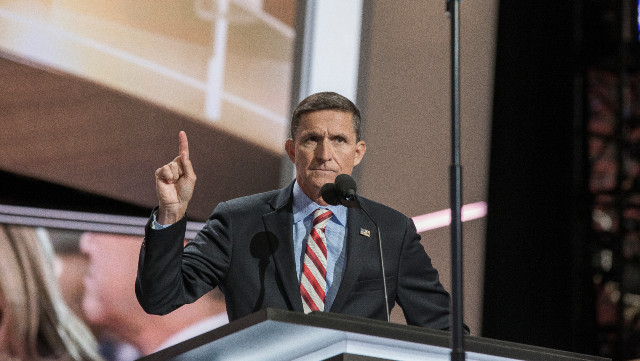 The following article, Appeals Court Issues Order For Judge To Grant DOJ Motion To Toss Out Flynn Case, was first published on Flag And Cross.

Retired Lt. Gen. Michael Flynn is getting some rather good news today, as an appeals court has ordered the judge who is presiding over his case to grant the Department of Justice’s motion to toss out the case against him.

Flynn has been through one heck of an ordeal since his time started with the Trump administration where he served as a national security adviser. It’s become evident due to the release of certain documents by now former Director of National Intelligence Richard Grenell, that the FBI went after Flynn as part of a scheme to try and oust President Trump from office.

“ORDERED that Flynn’s petition for a writ of mandamus be granted in part; the District Court is directed to grant the government’s Rule 48(a) motion to dismiss; and the District Court’s order appointing an amicus is hereby vacated as moot, in accordance with the opinion of the court filed herein this date,” the U.S. Court of Appeals for the District of Columbia ruled Wednesday.

DOJ spokeswoman Kerri Kupec reacted to the ruling with a tweet. “WIN in General Flynn’s case. DC Circuit has ruled 2-1, instructing Judge Sullivan to grant DOJ’s motion to dismiss the case,” she said.

The Justice Department told the Court of Appeals last month “that continued prosecution of this case would not serve the interests of justice” as it sought to drop the false statements charges against Flynn, but instead, Judge Emmet Sullivan, a Bill Clinton appointee who has been handling the Flynn case since December 2017, appointed retired New York federal Judge John Gleeson to serve as an amicus curiae to present arguments in opposition to the Justice Department’s motion and to explore whether Flynn should be charged with perjury or contempt.

Flynn’s legal team, headed up by attorney Sidney Powell, argued before three different judge appeals court panels earlier in June that the higher court should grant the petition to drop the case that was put against Flynn. Two of the Republican appointees agreed that Sullivan should be ordered to drop the case, while the Democratic appointee, of course, dissented.

After all of the information that has come out against the behavior of the FBI and various officials in the Obama administration actively working to try and thwart Donald Trump’s presidential campaign in 2016, there’s no doubt Flynn should have the case dismissed.

Instead of Flynn being put on trial, an investigation into the activities by the former members of the DOJ involved in this scheme needs to be completed and those who participated in it should be the ones carted off to jail.