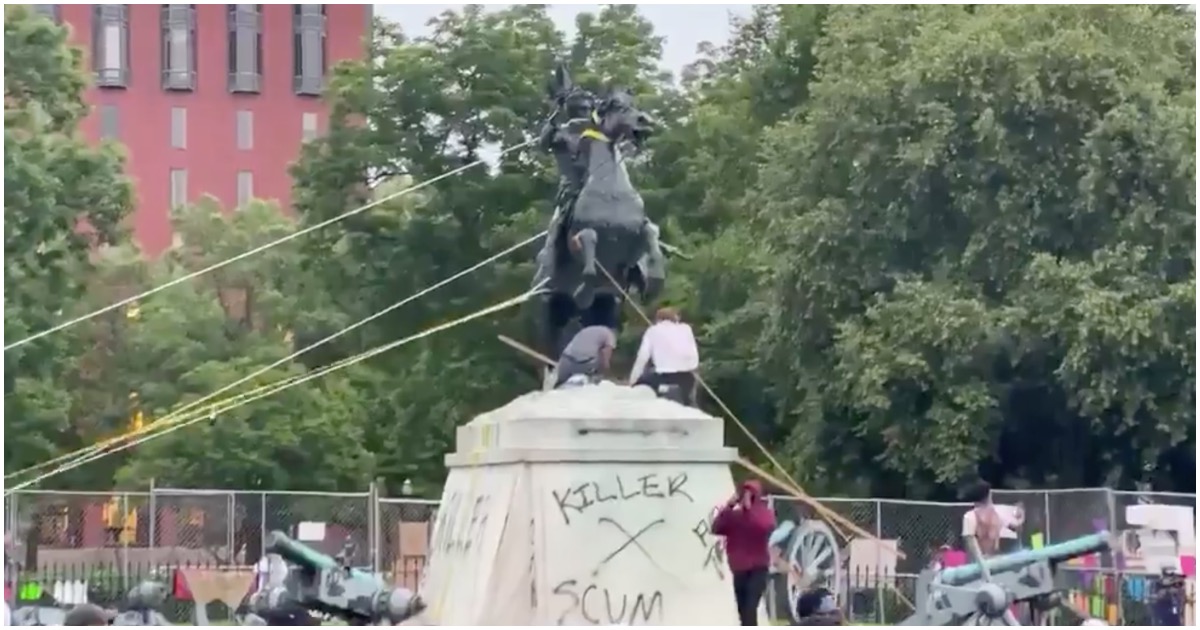 The following article, VIDEO: ‘Rioters’ Attempt to Rip Down Jackson Statue Directly In Front of White House, was first published on Flag And Cross.

Two future Joe Biden voters were arrest on Monday evening, as dozens of left-wing radicals attempted to tear down the statue of Andrew Jackson directly in front of the White House.

Here’s the deal, via NBC Philadelphia:

But it took too long for police to arrive and stop these criminals in their anti-American destruction of America’s statues & monuments. We need faster response to these criminal actions and the police and/or national guardsmen must be allowed and required to use all force required and those acting against them to be arrested & charged.

The National Guard should be called in and massive arrests of these thugs for destruction of federal property.