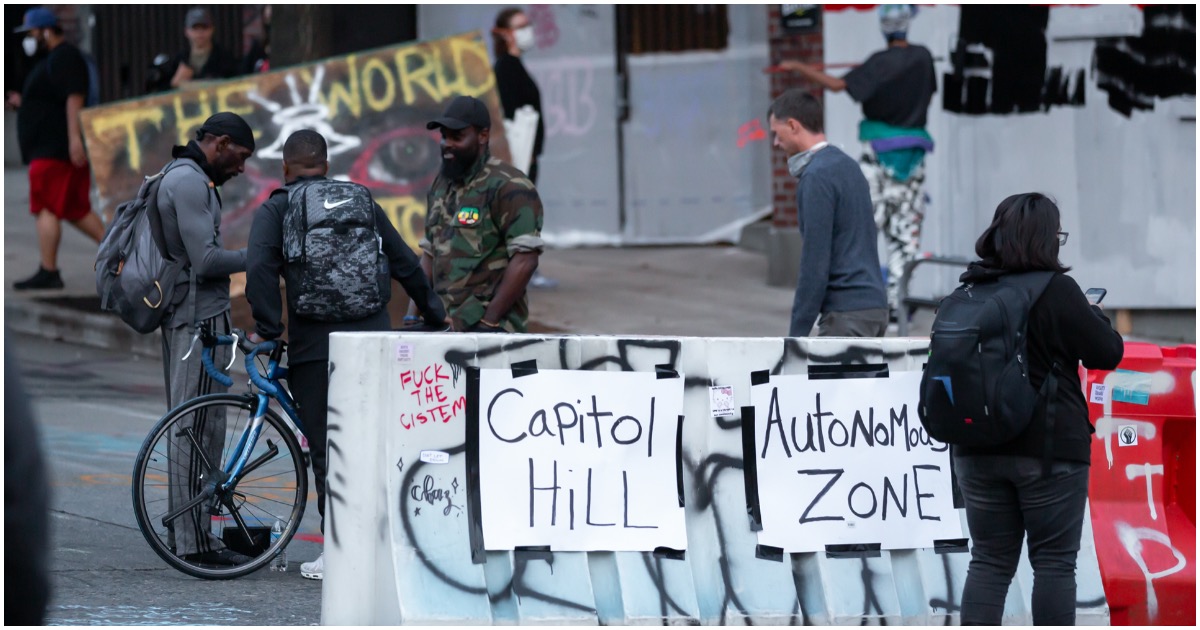 Immediately after the first shooting inside Seattle’s “CHOP” – Capitol Hill Autonomous Zone – protesters blocked police officers from getting inside to, you know, help.

Now, the far-left mayor of the city is set to take action. Finally.

SEATTLE — Faced with growing pressure to crack down on an “occupied” protest zone following two weekend shootings, Seattle’s mayor said Monday that officials will move to wind down the blocks-long span of city streets taken over two weeks ago that President Donald Trump asserted is run by “anarchists.”

Mayor Jenny Durkan said at a news conference that the violence was distracting from changes sought by thousands of peaceful protesters seeking to address racial inequity and police brutality. She said the city is working with the community to bring the “Capitol Hill Occupied Protest” zone to an end.

Durkan noted, “The cumulative impacts of the gatherings and protests and the nighttime atmosphere and violence has led to increasingly difficult circumstances for our businesses and residents. The impacts have increased and the safety has decreased.”

The mayor had a different mindset just a few days ago…

Time for the Seattle voters to remove this far-left dem from office. This terrorist act against America at Seattle should never have been allowed to happen and then continue. Either for the police or for the criminals, you decide.