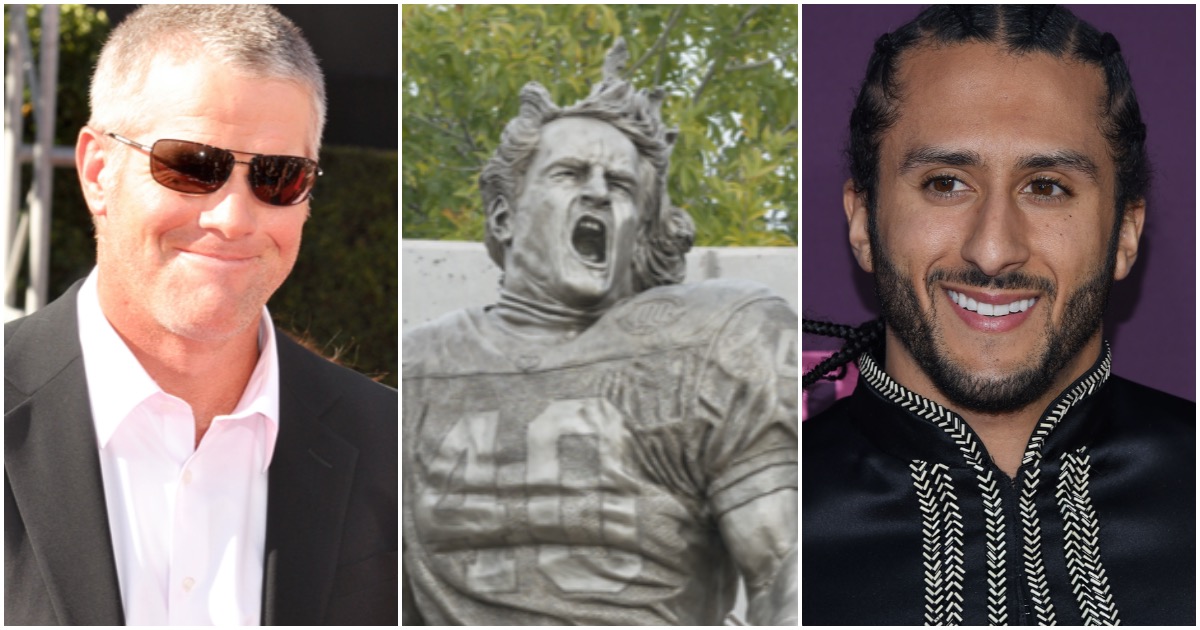 The following article, Legendary QB Brett Favre: Kaepernick Is On the Same Level As Army Ranger Pat Tillman, was first published on Flag And Cross.

Former Arizona Cardinals safety Pat Tillman literally gave up millions of dollars to serve his country after 9/11. He didn’t have to. He wanted to.

Tillman became an Army Ranger before he was killed overseas in friendly fire.

According to Brett Favre, Tillman and Colin Kaepernick are relative equals.

TMZ Sports asked Favre during an interview posted Sunday about his thoughts on Kaepernick reaching the Hall of Fame and the status of a Jackie Robinson or Muhammad Ali for his activism and football talent.

According to Kaepernick, “civility” is leading to “death,” which means “the only logical reaction” is to “revolt.”

When civility leads to death, revolting is the only logical reaction.

The cries for peace will rain down, and when they do, they will land on deaf ears, because your violence has brought this resistance.

We have the right to fight back!

All four officers involved in the arrest have been fired, and the FBI and state law enforcement officials are conducting an investigation into Floyd’s death.

Really, Brett? Kapernick is alive and a multi-millionaire by virtue of being a co-oppressor along with Nike (slave wage labor of women and children of color in SE Asia). Spread your BS somewhere else….

Too bad, as we see a used-to-be trying to get back in print by saying something this stupid.