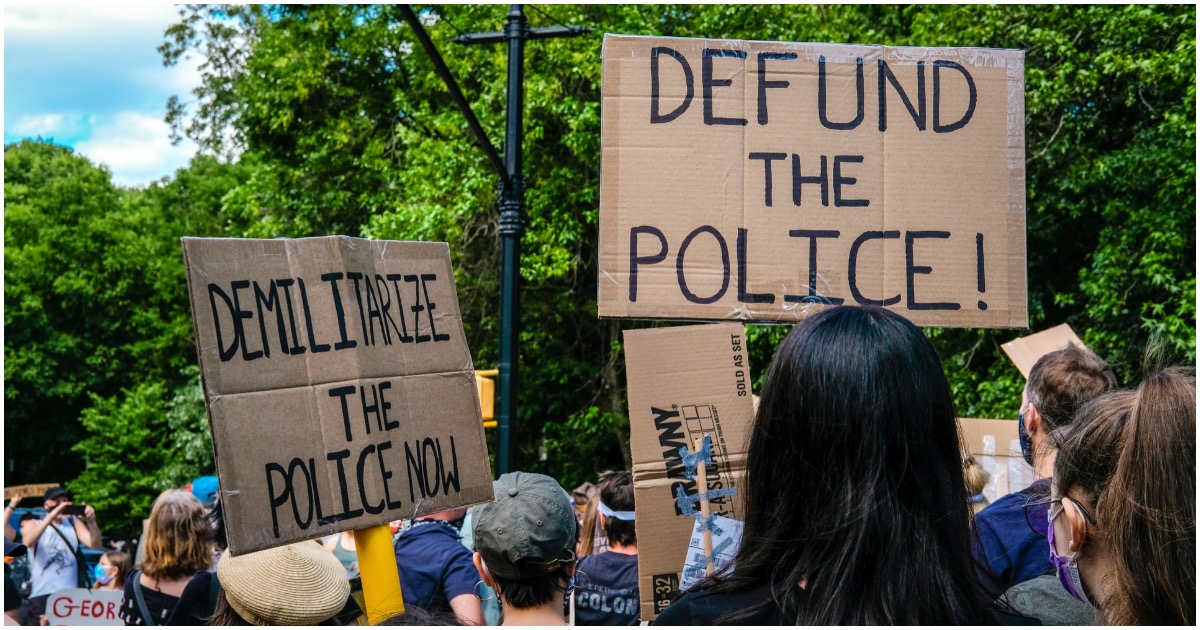 The following article, Georgia House Votes 152-3 to Let Voters Decide If They Want to Dissolve County Police Departments, was first published on Flag And Cross.

If somebody breaks into your home and there aren’t any cops, who are you going to call if you don’t have a gun to defend yourself? Heck, who would you call immediately after the break-in, assuming you aren’t incapacitated?

Where do lefties come up with this stuff?

The Georgia House backed an effort Friday to dissolve the Glynn County Police Department following its handling of the shooting death of Ahmaud Arbery.

The House voted 152-3 to allow voters to decide to eliminate their county police departments, moving authority to county sheriff’s offices.

Tthe Democrat mayor of Atlanta used President Trump as a scapegoat for Arbery’s death. Because why not, right?

Atlanta Mayor Keisha Lance Bottoms compared the shooting death of 25-year-old Ahmaud Arbery in February to lynchings in the Jim Crow-era South and said that President Trump’s rhetoric give racists “permission to do it in an overt way.”

Bottoms’ comments, made during an appearance on CNN’s “State of the Union,” come just days after a white father and son were charged with the February shooting death of Arbery as he was running through a Georgia neighborhood.

Check out these videos that appear to show Arbery entering (and running out) of a home:

I am not an expert on Georgia law, and I am sure there are many more qualified than me to analyze the legality of the shooting

Honestly and selfishly, I didn’t want to watch the murder of #AhmaudArbery. I didn’t want to feel that nauseating churn of my stomach I get each time “it” happens. But that feeling doesn’t compare to the loss and sadness of his and too many other families. May justice be served.

"I was so taken aback this weekend when I saw so many people out…I thought that maybe something had changed, that maybe this still not a highly contagious virus that thousands of people were dying from each day." Mayor @KeishaBottoms with @AriMelber on #COVID19 pic.twitter.com/tA0343eN3T

We know @JoeBiden and he knows us. His agenda not only addresses the disparities our communities face and the long-standing systemic inequities that created them, but he has a plan to fix them. #LiftEveryVoice. https://t.co/dLI8pZatsH

Atlanta Mayor Keisha Lance Bottoms: "The Joe Biden that I know is a man who respects women." pic.twitter.com/fDPGlW60Xe