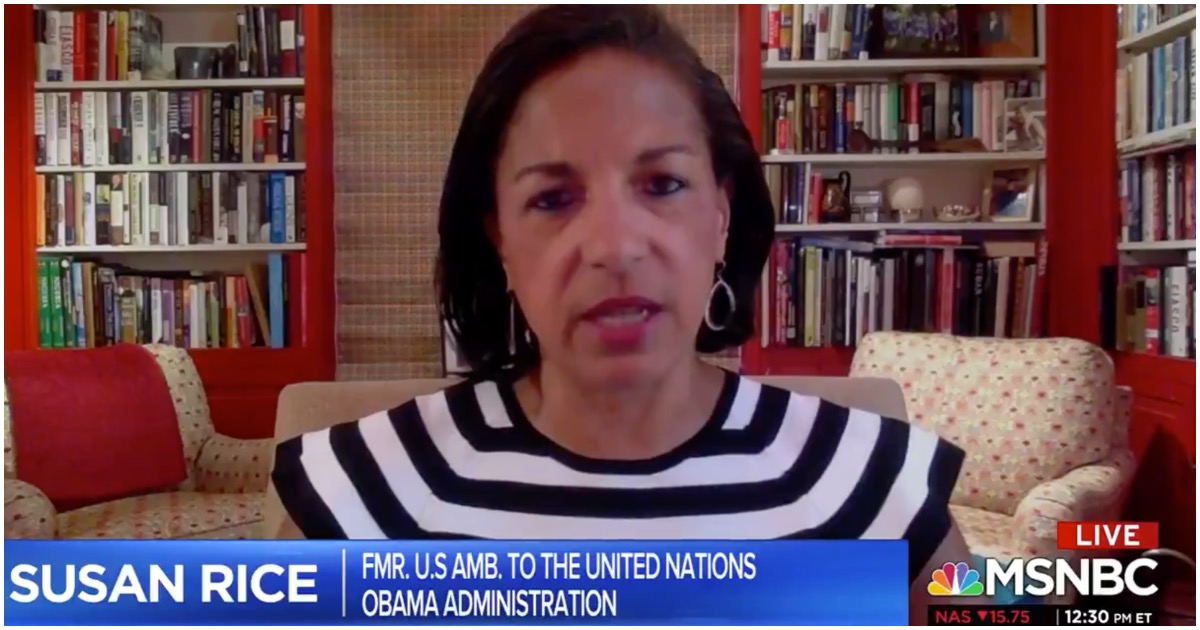 The following article, Susan Rice: Trump Supporters Belong In the ‘Trash Heap of History’ (Video), was first published on Flag And Cross.

Susan Rice will never be remembered for anything more than the Obama administration official tasked with lying to Americans (and the world) about the attack on an American compound in Benghazi, Libya.

She’ll never be able to live that down, nor should she.

Everybody knew from the jump that a “Youtube video” was not the cause. However, team Obama figured they could sneak one past the public.

But Rice thinks President Trump is the big liar and his supporters are effectively “trash.”

And you, Susan Rice, belong in the fires of hell!

Who cares what Susan Rice says. She is just another lying piece of dog crap from the Soebarkh Soetoro regime. Shut up and go away you old hag.

She is trash which is why it’s so easy for her to call others trash!!

Well Susan, your coon has already been moved there!

Susan Rice really knows the trash heap.
She worked there for 8 long years!

Lying She-Man……! Barack sure fancied Bearded Lady’s with Cocks longer than his own…..! Especially ones that could Lie with a straight Face…….!

Yes, this rice creature is nothing more than a lying hag and somehow has acquired millions of American dollars, doing what? She sealed her resume when she spend weeks lying about the Benghazi clinton caused deaths of real Americans.

Susan Rice belongs being flushed down the toilet…..! But the Vile Liar always crawls out…….!

Just another anit-American who is part of the Deep State Swamp. She has zero credibility and needs to be ignored.