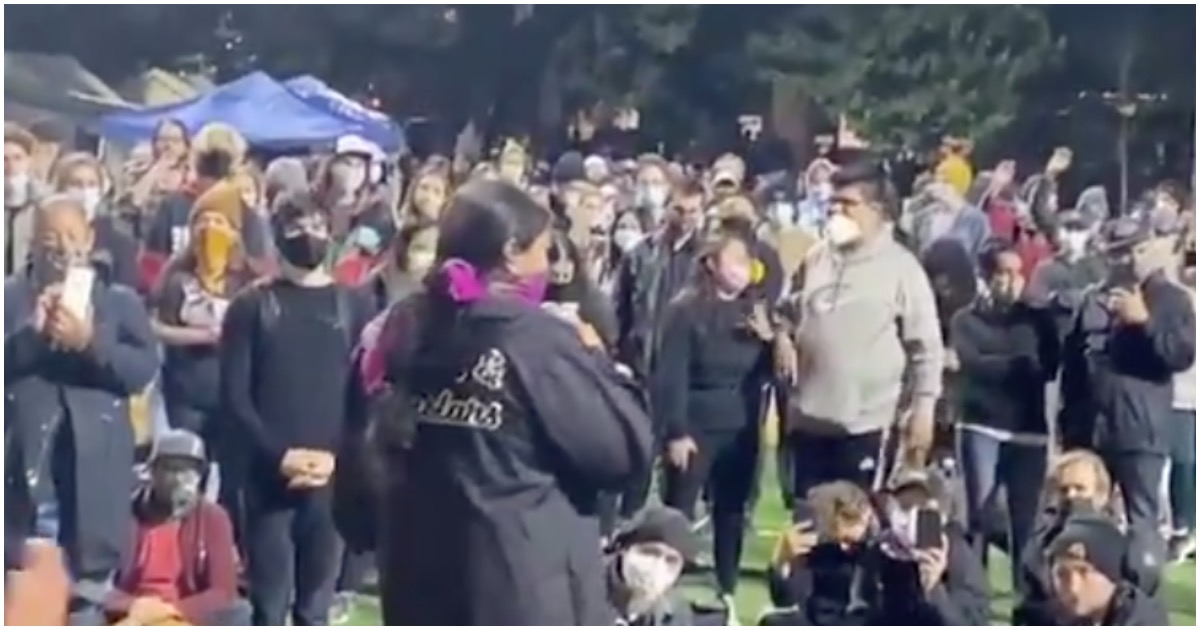 The following article, ICYMI: White People Ordered to Give $10 to A Black Person In Autonomous Zone (Video), was first published on Flag And Cross.

These people give America a bad name all over the world. The worst part is that they are happy to do it – as are Congressional Democrats and the mainstream media.

To see what’s happening in Seattle is a darn-near disgrace.

But it doesn’t seem like the liberal mayor of the city is set to do anything about it.

All white people are required to give $10 to one black person in the CHAZ autonomous zone.

All white people are required to give $10 to one black person in the CHAZ autonomous zone. pic.twitter.com/LRETSvOzci

President Trump is not a fan of what he’s seeing, nor should he be.

On Wednesday night, President Trump, infuriated at what is happening in Seattle, where radical protesters took over six blocks of the city to create “The Capitol Hill Autonomous Zone” after Seattle police left a boarded East Precinct building behind, tweeted his ire at Washington Democratic governor Jay Inslee and Democratic Seattle Mayor Jenny Durkan, snapping, “Radical Left Governor @JayInslee and the Mayor of Seattle are being taunted and played at a level that our great country has never seen before. Take back your city NOW. If you don’t do it, I will. This is not a game. These ugly anarchists must be stopped IMMEDIATELY. MOVE FAST.”

More on the “autonomous zone”…

Raz Simone, a Seattle local, stated he belongs to the “People’s Force,” a replacement for Seattle PD in #FreeCapitolHill. On June 8th in a live video he advised that unfamiliar faces should be stopped, questioned, and checked to see if they’re armed, similar to “Stop and Frisk.” pic.twitter.com/QsM5YR0xuW

A Seattle local named Raz Simone established himself and his crew as the police of the Capitol Hill Autonomous Zone. He's a warlord, and his crew is assaulting anyone who steps out of line.

Unlike real police, there's no accountability or discipline. It's just violence. pic.twitter.com/196ZiN2Ihh

"I deem myself the NEW police and will now commit my first act of police brutality!"

You need to hear this speech
Retweet pic.twitter.com/WVBitfOeEr

I am exposing a man who beats women, forces them into sex work and punishes them if they do not obey. Brb. And yes, @RazSimone, I’m talking about you.

@RazSimone, so, this how you treating the ladies in “The Family” huh? You followed this encounter up with punching Omari in the face. @shadyshainarae this your king? Cause it’s giving enslavement and severe domestic violence. #seattle #seattleprotest #seattleprotests pic.twitter.com/nwuN9cVfRZ

"That's news to me". pic.twitter.com/L3LT86Zxgq

Continue reading: ICYMI: White People Ordered to Give $10 to A Black Person In Autonomous Zone (Video) ...

Nah, not going to happen, not my $10 anyway. Back in the mid 1960s America gave the minority population “reparation” and called it “affirmative action”. The Seattle situation reminds one of the Africa “warlords” that carve themselves a little niche out using terrorist tactics and then call it a country. And the countries & their names change every few years. Is this what America will now have…