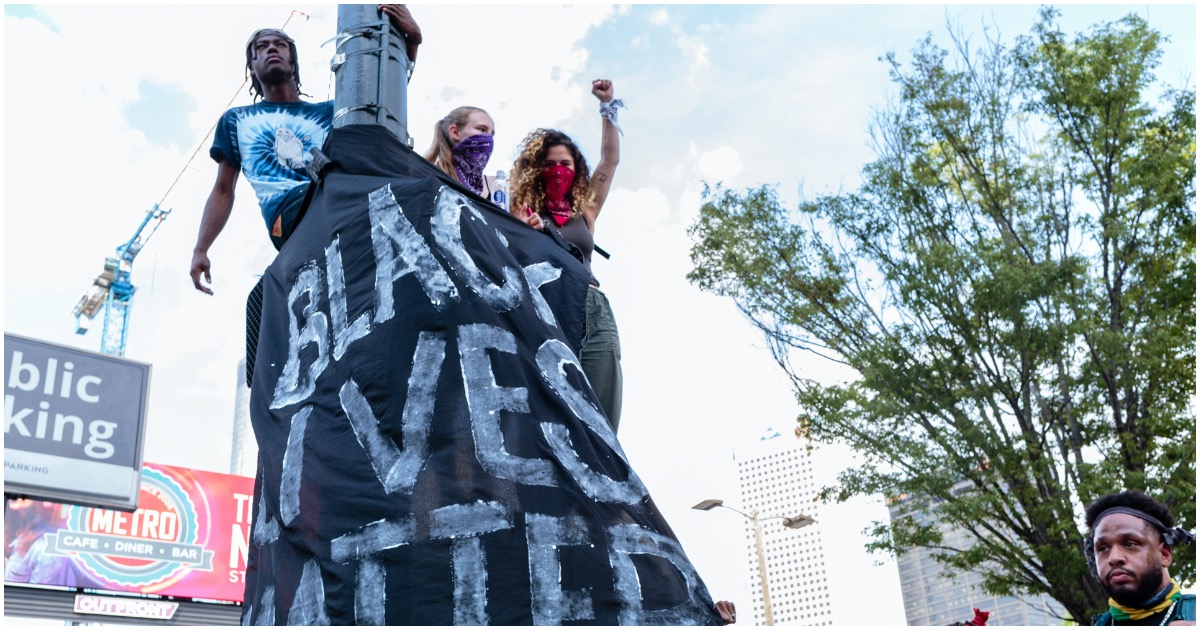 The following article, 70 Atlanta Cops Have Resigned After Officer Rolfe Faces Murder Charge, Dept. Is 60% Black, was first published on Flag And Cross.

Rayshard Brooks didn’t have to be six feet under the ground, right now. He chose to get shot, essentially. You can’t be drunk, resist arrest, fight with cops, grab a taser to use as a weapon and then expect to sleep in your own bed that night.

Now that Officer Garrett Rolfe has been charged with murder (how ridiculous!), some of his peers have decided to call in quits in a show of solidarity.

70 resignations as of right now from APD. And the silence from leaders is deafening.

Prayers please. Husband is Atlanta PD. Stuck at hq because the protesters are surrounding it. All zones have walked off the job and other shifts called in

Do not believe the ATL mayor or CNN …. they asked for help from other jurisdictions and they all said no. The dispatchers just all walked out.

Just got confirmation… APD is still silent. Chiefs are freaking out. Your voices are being heard. We will not be your political pawns. Ever. For 20 years my family has sacrificed everything to make the City of ATL better. We have zero leadership.

Did you know that 60% of APD is African American? Do you honestly think they would be standing by their fellow officers if this was a race issue? No! Many of us condemned what happened to George Floyd. This is not the same. It’s all political

ATLANTA — Atlanta police officers called out sick Thursday to protest the filing of murder charges against an officer who shot a man in the back, while the interim chief acknowledged members of the force feel abandoned amid protests demanding massive changes to policing.

Interim Chief Rodney Bryant told The Associated Press in an interview that the sick calls began Wednesday night and continued Thursday, but said the department has sufficient staff to protect the city. It’s not clear how many officers have called out.

“Some are angry. Some are fearful. Some are confused on what we do in this space. Some may feel abandoned,” Bryant said of the officers. “But we are there to assure them that we will continue to move forward and get through this.”

JUST IN: Every Atlanta police officer to receive a one-time, $500 bonus today as thanks for their hard work during protests and COVID-19: https://t.co/HbzOjukwxS pic.twitter.com/ufKSYUpHBi

A $500 bonus is a slop to someone’s vanity. That is a drop in the bucket to what we owe the police. They should all stay home or quit until the city and its people realize they need the police more than the police need a job.

Have to believe that it’s going to depend upon whether there are enough real Americans to stand up and demand a stop to our police officers being disrespected, assaulted, and “defunded”. Right now it appears that the criminals led by antifa & blm criminals that are setting policy within America and that has to be stopped, by force as likely will be required. And that will require that the police be “allowed” to act.