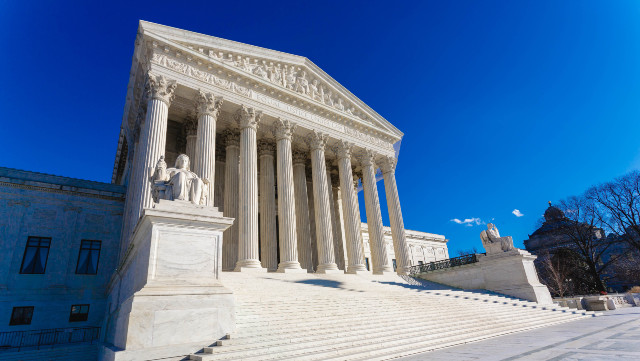 The more time passes, the more it seems there are a lot of folks within the Supreme Court, on the highest bench in the land, who aren’t big fans of a lot of what President Trump wants to accomplish here in America.

A good case in point is how the Supreme Court just shot down Trump’s attempt to bring to an end the controversial Deferred Action for Childhood Arrivals program, which we all know as DACA. This particular program helps protect hundreds of thousands of immigrant children from being deported despite them being brought into the country illegally.

As usual, the issue of illegal immigration continues to be a problem in America, with liberals and even some folks who claim to be on the right siding with individuals who have violated our laws without a bit of concern.

The court’s decision, 5-4, allows the Obama-era program to stay in place following the Trump administration’s attempt to disassemble it in September 2017. The decision does not say Trump lacks the power to disband DACA but rejects the way it was done. The Trump administration could attempt again to rescind the program.

“Here the agency failed to consider the conspicuous issues of whether to retain forbearance and what if anything to do about the hardship to DACA recipients,” Roberts wrote with the backing of Justices Stephen Breyer, Ruth Bader Ginsburg, Elena Kagan, and Sonia Sotomayor. “That dual failure raises doubts about whether the agency appreciated the scope of its discretion or exercised that discretion in a reasonable manner. The appropriate recourse is therefore to remand to DHS so that it may consider the problem anew.”

Justice Clarence Thomas, a conservative, was backed by Justices Neil Gorsuch and Samuel Alito in his dissent, stating that the majority ruling was “incorrect” and “would hamstring all future agency attempts to undo actions that exceed statutory authority.”

“Today’s decision must be recognized for what it is: an effort to avoid a politically controversial but legally correct decision,” Thomas wrote.

Immigration is a sticky and difficult topic. Solutions to the issues that face our nation in this regard can be hard to navigate with so many moving pieces in play. However, it’s pretty simple when it comes down to whether or not folks who are brought here illegally should be allowed to stay.

Since we are a nation of laws, the answer is a clear, emphatic “no.”

Do it again Mr President. We can understand the positions of the democrat “appointed” members on the supreme (or any federal judge also) but Mr roberts obviously fooled the republicans that placed him.

So the Supreme Court just ruled that an executive order can’t be undone by the next sitting President. This was action that Obama knew was illegal and an end run around Congress, but they just upheld it. They just made a law—unconstitutional and illegal in and of itself.