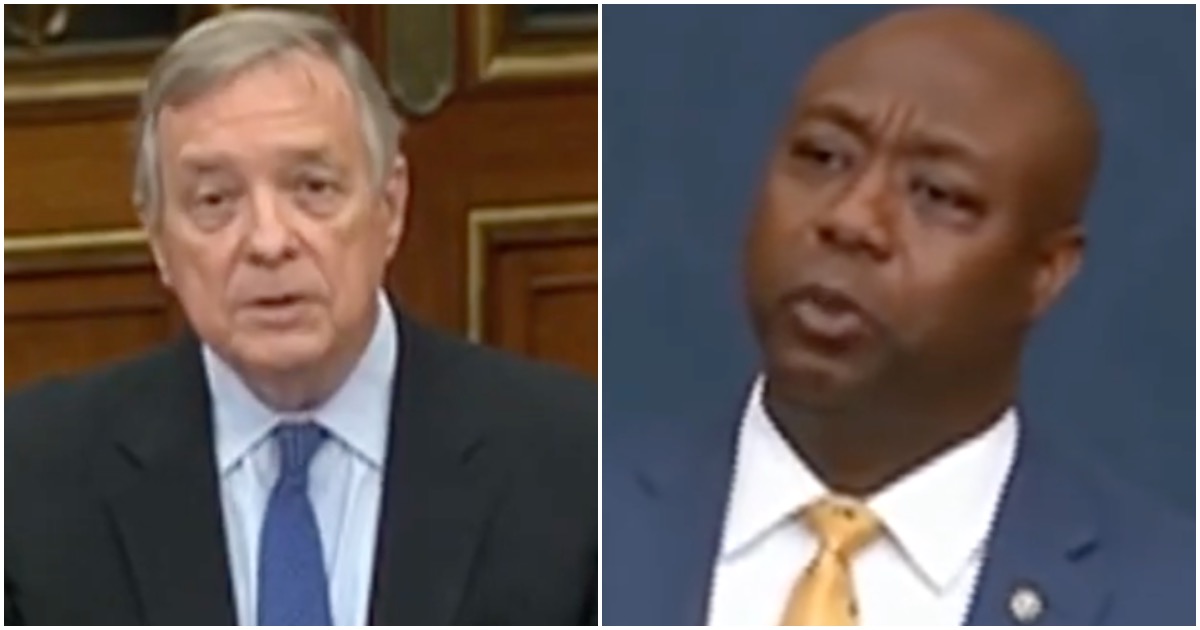 Just imagine if a Republican member of the upper chamber said what Durbin said about a black liberal.

If the roles were reversed, this would be headline news.

NBC News anchor Craig Melvin asked Sen. Tim Scott, R-S.C., if the GOP is “using” him as a “token” amid the response to George Floyd‘s death.

Scott has been leading the effort in the Senate among Republican lawmakers in pursuit of police reform. However, the “Today” host questioned whether Scott’s party was maximizing the only black GOP senator to its advantage.

Scott noted, “Well, I am also the only person in my conference who has been racially profiled driving while black. I’m the only one in my conference that’s been stopped seven times in one year as an elected official, perhaps the only one in my conference wearing this Senate pin that was stopped from coming into the building. So if there’s someone in the conference who understands discrimination and profiling, it’s me. It’s the reason why I asked to lead this charge, because it is a personal issue, it is the right issue. And frankly, I think it helps to have someone who’s been a victim of this situation and who still has a tremendous respect for where our country can go together.”

Not surprising the last 24 hours have seen a lot of “token” “boy” or “you’re being used” in my mentions. Let me get this straight…you DON’T want the person who has faced racial profiling by police, been pulled over dozens of times, or been speaking out for YEARS drafting this?

And don’t throw “you’re the only black guy they know” at me either. There are only two black Democratic Senators, stop pretending there’s some huge racial diversity gap in the Senate. Ask my Dem colleagues what their staffs look like…I guarantee you won’t like the answer.

Same o, same o. Okay for a democrat to use words towards a black person but if a conservative were to use the same words, he/she is a racist? Sen Scott is a good conservative and he being so, drives those dems/liberals into a frenzy.

Name at least 5 of Dicks accomplishments as a U.S. senator……! Hmmmmmm…..? He’s a lawyer…. which means he’s a trained thief & Liar….! He passed a Bill banning smoking on Air-liners….! The rest of the time he’s at the Senate Bar getting Sloshed with other left loon senators thinking up leftist Phuckery and daily lefty talking points for Nancy…..!