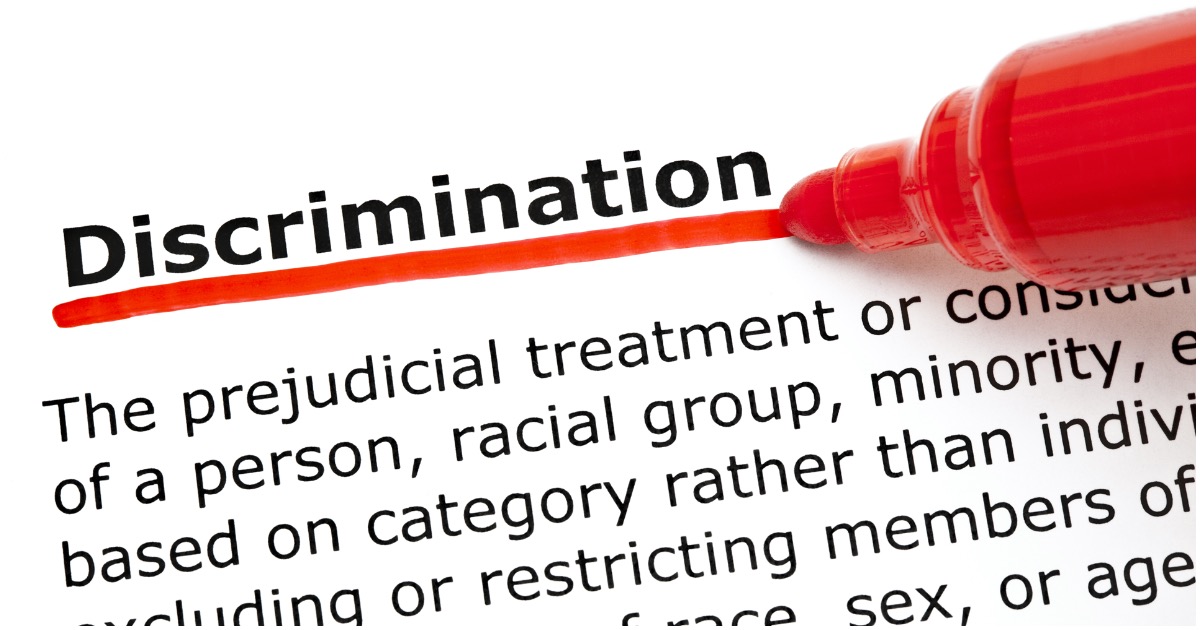 The following article, The Federal Government Must Focus to Crack Down on Discrimination [Opinion], was first published on Flag And Cross.

It is time for zero tolerance.

In this summer of 2020, everyone in the United States ought to be able to agree that our country simply cannot allow any discrimination based on race, creed, color, gender, or any other factor. It has been going on too long, and it will be up to the federal government to shut it down.

Of course, getting serious about discrimination means devoting resources to the problem. To do that, the federal government will also need to shut down the unserious approaches that it has been indulging in for too long, and instead focus on effective programs that can make a difference.

For example, there are already equality-of-hiring laws on the books, and Washington must make certain all of those laws are fully enforced so citizens everywhere will have an equal opportunity to rise. However, the feds must also stop frivolous actions that don’t help enforce those laws, but do squander precious assets.

One place to start trimming waste is the Office of Federal Contract Compliance Programs (OFCCP) in the Department of Labor. This bureau is supposed to promote affirmative action by federal contractors. That is a worthy goal.

However, since the Obama Administration, OFCCP has been adrift.

Just before President Donald Trump took office, the office filed a series of lawsuits alleging discrimination by important tech companies. These suits are not authorized under federal law, and are based on “statistical analysis,” not actual evidence. The timing of the suits is suspicious, as they seem aimed at embarrassing a new administration more than righting a wrong. This simply looks like grandstanding, which is par for the course.

“OFCCP has become an agency that appears to focus more on garnering splashy headlines and securing high-dollar settlements than it does simply pursuing its admirable, if at times, unglamorous mission,” as the U.S. Chamber of Commerce wrote.

“OFCCP has dedicated its resources and personnel to probing alleged numbers-based systemic discrimination in pay and personnel actions while ignoring its basic responsibility to serve as a neutral enforcement agency,” the Chamber added. “This includes significant good faith efforts by federal contractors to employ and advance in employment women, racial minorities, veterans, and individuals with disabilities.”
This is especially counterproductive when you consider the cutthroat nature of high tech companies. They are dedicated to fighting discrimination because they want the best possible person for each high pressure job, regardless of color or creed. They can’t afford to pass on quality people, because if they do, another company will use that person’s skill.

To crack down, the federal government should take more steps to work with companies as they combat discrimination, not threaten them. “OFCCP is too often antagonistic toward the regulated community, ignores the myriad and effective diversity efforts undertaken by contractors, engages in overly broad and unreasonable fishing expeditions for employment data, and pursues take it or leave it conciliation efforts,” the Chamber notes. It hears these complaints from its members, some of whom are frightened of even taking federal work at this point.

It’s clear that OFCCP’s current approach isn’t going to help solve today’s problems. The Trump Administration should take steps to pursue fairness under the law, but it should do so through the normal, effective channels. It should move any litigation to the domain of the Department of Justice, and sideline the politically motivated Obama hold-over lawyers at the Department of Labor.

The OFCCP’s original mission was one that used evidence to work hand-in-hand with government contractors to promote fairness in hiring and promotions. It should do that from now on as well. We need OFCCP to return to its roots, so our country can focus on finally rooting out discrimination once and for all.

Rick Amato, is a former financial adviser for Merrill Lynch and founded the Amato Wealth Management Group. He is currently the host of Politics And Profits with Rick Amato, and co-hosts Jobenomics America TV. Find out more at amatotalk.com.

Continue reading: The Federal Government Must Focus to Crack Down on Discrimination [Opinion] ...