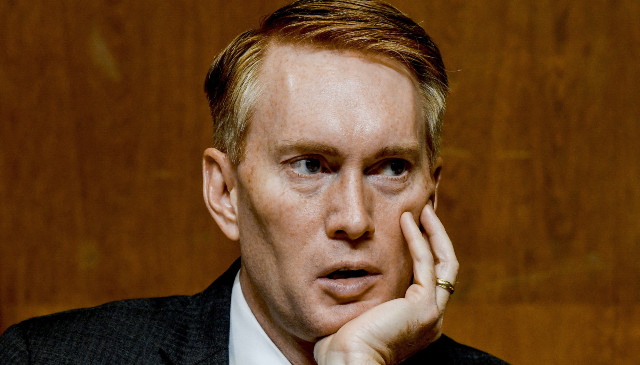 The following article, Oklahoma Senator Tells Folks With Health Conditions Not To Attend Trump Tulsa Rally, was first published on Flag And Cross.

Oklahoma Sen. James Lankford told Trump supporters who have underlying health conditions which make them more vulnerable to coronavirus not to attend President Trump’s rally soon to be held in the city of Tulsa. He also noted that those who are interested in attending should also wear masks to avoid spreading the illness.

The real question is why has no one given these same recommendations to the masses of people attending Black Lives Matter rallies? Oh. Yeah. Because they’ll be “cancelled” if they do. Oh the times we live in, folks.

“We are advising people if you are coming to the rally, if you have comorbidities, don’t come,” the Republican senator said during an interview on MSNBC’s Morning Joe. “Watch it on TV.”

Lankford also advised wearing a mask, but called this “an individual decision.” He added, “The hard part about it, and I’ve tried to explain this to folks, you enter a large gathering like that, it’s hard to hear sometimes, so there will be times they’ll pull masks on and off. That’s why I encourage people, if you have other health issues, I discourage you from coming to the event.”

The Trump campaign advised all those attending to get a coronavirus test before attending the event on Saturday, June 20, Trump’s first campaign rally since March. More than 1 million tickets have been requested, campaign manager Brad Parscale said this week.

Lankford said Oklahoma’s five-day rise in coronavirus cases was to be expected as the state reopened restaurants and retail, and as demonstrators gathered to protest the death of George Floyd and other black Americans killed in police custody.

The country’s leading expert on infectious diseases, Dr. Anthony Fauci, was asked if he was planning on attending the rally and stated he wasn’t going to be there due to being in a high-risk category.

Wonder if that’s the real reason or if he just doesn’t like the man’s politics and is attempting to play nice here? I’m guessing that’s probably exactly what he’s doing. He knows how to play the game.

Lankford warned that one of the issues with having an outdoor rally during the summer months is the oppressive heat in the state, though he said Trump and any president is welcome in Oklahoma.

Double speak is a Democrat tool of misinformation.