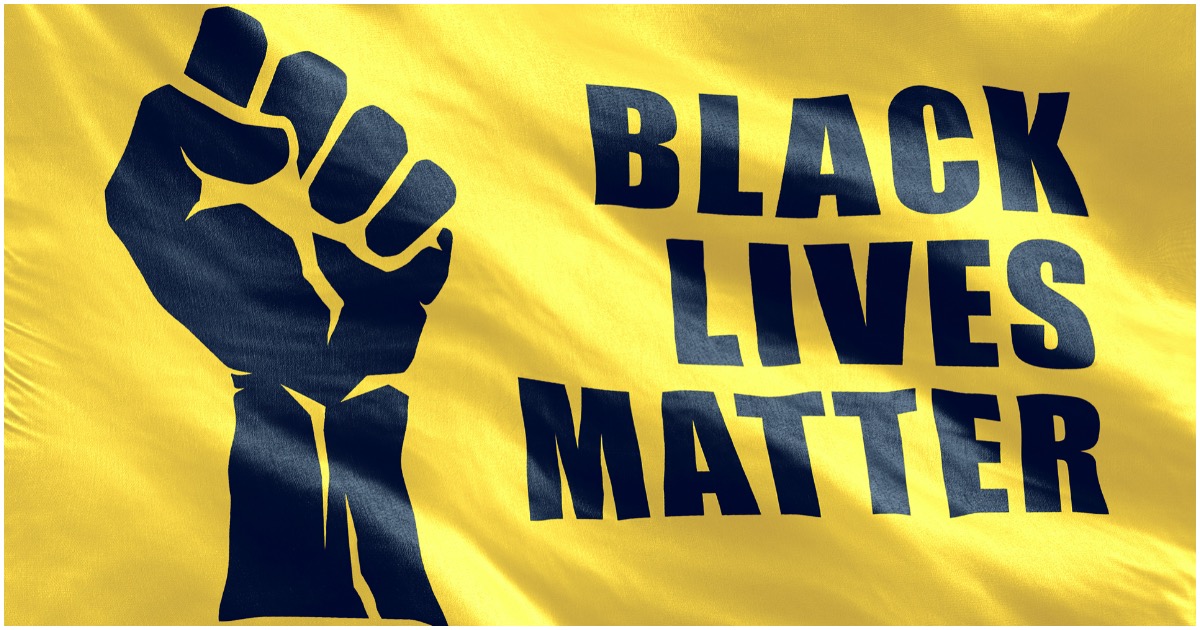 The following article, Dem Mayor Who Took Knee With BLM Has Home Vandalized By BLM, Calls It ‘Domestic Terrorism’, was first published on Flag And Cross.

The best part is that she’s on their side.

One group was made up of about 50 black-clad protesters who came to Sylvester Park for a rally advertised on social media as an event akin to last Friday’s protest downtown with an open mic. The other group of around 30 wore neon-yellow T-shirts with the word “peacekeeper” emblazoned on the front and back, some holding paintball guns.

The black-clad group eventually marched up Capitol Way and into the South Capitol neighborhood to Olympia Mayor Cheryl Selby’s house. There, the group chanted “abolish the police,” and a person spray painted her front porch and door with “BLM.” A man with a flat, metal paddle-like object who was backed up by a line of cars told the group to leave, threatening them if they didn’t.

Selby and her family were not home last night, but her neighbors began texting her when the protesters arrived at her house.

Here’s the mayor taking a knee…

Why do people say this idiocy all the time? It’s a protest that takes place during a time to honor our nation and it takes place at that time specifically because it’s meant to dishonor the nation.

Agree with the kneeling or not, stop with these childish lies @JJWatt. Own it. https://t.co/6jjzWNPihT

Protests turned violent in France as riot police fired tear gas at some protesters, while arresting others during anti-racism rallies in Paris and Nantes https://t.co/qNi0FGQwCN pic.twitter.com/ElAYkO6I81

This van is currently at the #JUSTICEFORROBERTFULLER protest and serving refreshments to protesters. This is badass. pic.twitter.com/z6VA5fXXly

just want to say that, lol, atlanta is now moving into our third week of protests. not a single day has gone by where folks haven’t been in the streets since the start of this.

Riding home from the protests in Manhattan, protestors in BK have the Williamsburg bridge blocked in a standoff with the NYPD. pic.twitter.com/1HJX2pdY5a

Sen. Tammy Duckworth is requesting that the Government Accountability Office immediately conduct a review to examine the safety of rubber bullets being used during civil rights protests. https://t.co/lI4NQLXrqj

Reminds me of those that would feed a tiger, hoping to be the last one eaten.

Yes mayor dem, it’s unfair, those pacified criminals were only supposed to act against others, not you?? But likely you dems still cannot see light.

We should defund welfare, then these people would quit torching businesses at night because they have somewhere to go in the morning.