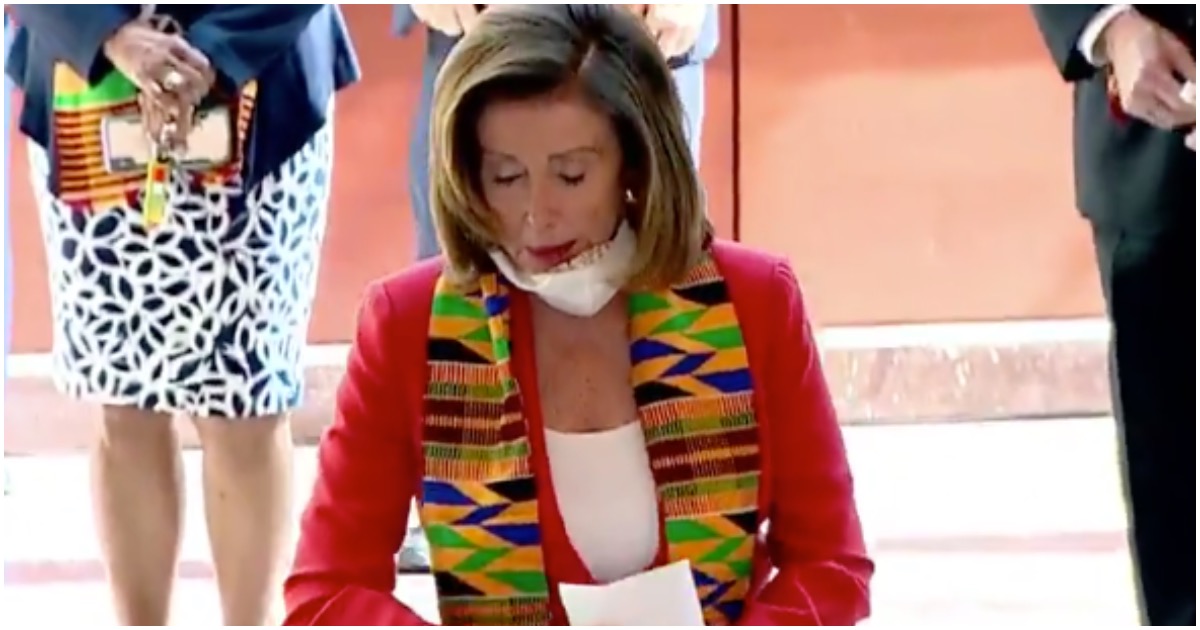 If they aren’t pandering, bloviating, or demagoguing, Democrats seemingly wouldn’t know what to do with themselves. It’s as if they thrive on nonsense.

But you already knew that.

A top mainstream fact-checker wrote on Tuesday that the Kente cloths that Democrats wore earlier this month after the death of George Floyd were “historically worn” by an “empire involved in [the] West African slave trade.”

Tutu, who lived from 1660 to 1712 or 1717, unified several small Asante kingdoms to create the Asante empire. He is credited with expanding the Asante throughout most of Ghana and introducing his subjects to the gold and slave trades along the West African coast.

The Asante supplied British and Dutch traders with slaves in exchange for firearms, which they used to expand their empire. Slaves were often acquired as tributes from smaller states or captured during war. Some slaves were brought across the Atlantic whiles others stayed in Africa to work in gold fields.

Does wearing kente cloth and taking a knee mean you are all of a sudden "down with the struggle"? This is why people hate disingenuous politicians. Speaker Pelosi was there for the 94 crime bill. She is part of the problem. #VA10 https://t.co/uLbdwOgOoS

A Shady Black Merchant sold thousands of the Fake Kawandan Scarves to Nancy & the DNC…..! In reality…. The African State of Lafaunda….. their women use those scarfs to hold in place the banana leaves while they are on their period…..!