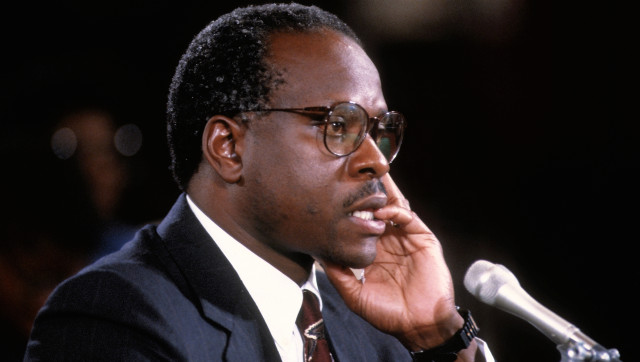 The following article, Justice Clarence Thomas Launches Accusation Against SCOTUS; Says They Are Dodging Gun Cases, was first published on Flag And Cross.

Without a doubt, especially in our current times of chaos and pandemics, the Second Amendment is one of our God-given rights that needs the most protection we as a nation can possibly give it.

Especially with the sheer number of conservative SCOTUS justices on the bench. Now is a pretty good time to start hearing gun cases and putting a stop to the insanity of the left and their attempts to strip us of the right to bear arms.

Unfortunately, it doesn’t seem the Supreme Court is all that interested in hearing cases involving gun rights. At least that’s what Justice Clarence Thomas is saying.

Here’s more on his statement from The Free Beacon:

The lack of action sparked some justices to dissent. Thomas slammed his colleagues for refusing to take up Rogers v. Grewal, a challenge to New Jersey’s gun-carry law that allows government officials to subjectively deny permits. Thomas—joined by Justice Brett Kavanaugh—said the state government’s requirement that residents provide a reason for exercising a constitutional right warranted judicial oversight.

“This Court would almost certainly review the constitutionality of a law requiring citizens to establish a justifiable need before exercising their free speech rights,” Thomas wrote. “And it seems highly unlikely that the Court would allow a State to enforce a law requiring a woman to provide a justifiable need before seeking an abortion. But today, faced with a petition challenging just such a restriction on citizens’ Second Amendment rights, the Court simply looks the other way.”

The last time the Supreme Court ruled on a case involving the Second Amendment was way back in 2011. There have been tons of cases involving gun control laws and the constitutionality of various states’ policies concerning the right to own a firearm, but for the most part, SCOTUS has remained silent on the topic.

Alan Gottlieb, founder of the Second Amendment Foundation had this to say:

“Given the fact that the Supreme Court had a cafeteria-style menu of cases from which to choose, there is no excuse why the Court at this time chose to ignore the need to rule on any of these cases, and send a message to lower courts that they can no longer thumb their noses at the Heller [2008] and McDonald [2010] Supreme Court decisions affirming the right to keep and bear arms.”

The National Rifle Association commented that the Court’s refusal to take on these cases and controversies will enable “politicians to trample on the freedom and security of law-abiding citizens.”

“The Bill of Rights specifically includes the right to keep and bear arms because self-defense is fundamental to the liberty of a free society,” the NRA said in a newly released statement. “Today’s inaction continues to allow so-called gun safety politicians to trample on the freedom and security of law-abiding citizens.”

Liberals want to see the right to own a gun disappear for a lot of different reasons. One, they want to be able to force other individuals to go along with their program for radical transformation of the American way of life. That’s way easier to do if the populace can’t fight back.

Secondly, they truly do think their ideas are the key to some sort of utopian society that will magically do away with the sinful, fallen heart of mankind and get folks to stop being criminals. Fat chance.

There’s only one solution to the evil heart of man. The gospel of Jesus Christ.

In the meantime, while the church is spreading that message of hope and radical heart change through faith in Christ, allow folks the means to protect themselves from those who have no value for human life.