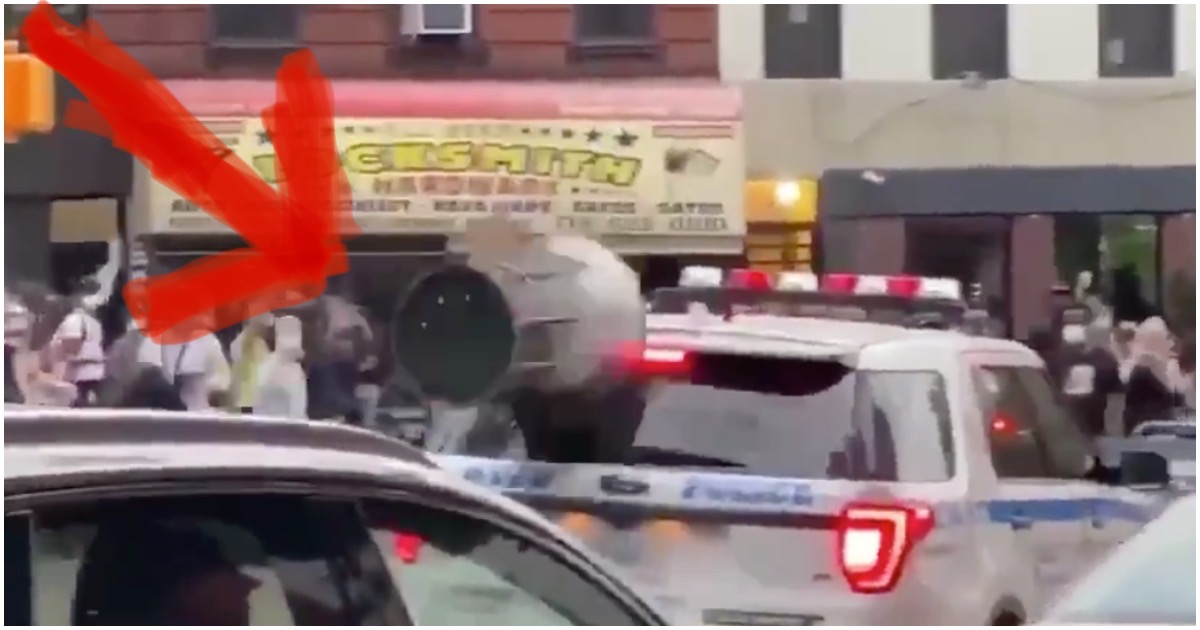 Life is rough for police officers, these days. As if they didn’t have enough to worry about before George Floyd was killed by ex-cop Derek Chauvin. Now, they are literally driving away from riots – as you’ll see in the video below.

Cops are people, too, even though none of us are fans when we get pulled over.

The following clip demonstrates, beyond any reasonable doubt, that 11 out of 10 liberals are unbearably radical.

More on the “community policing” as mentioned in the tweet above, via Daily Wire:

The Minneapolis City Council voted unanimously to pass a resolution on Friday to replace the Minneapolis Police Department with a supposed “community-led public safety system” following the death of George Floyd.

“The murder of George Floyd on May 25, 2020, by Minneapolis police officers is a tragedy that shows that no amount of reforms will prevent lethal violence and abuse by some members of the Police Department against members of our community, especially Black people and people of color,” five of the council members wrote in a resolution.

“Minneapolis voters would decide in November whether to eliminate the City Charter’s requirement for police staffing and replace it with a new department ‘to provide for community safety and violence prevention,’ under a proposal floated Friday by five City Council members,” The Star Tribune reported. “The announcement comes at a time when council members are facing pressure to explain their plan to ‘begin the process of ending’ the Minneapolis Police Department.”

so you are going to ask thieves and murders to be nice?
I guess you can’t fix stupid

I guess if somebody comes up to you and beats the chit out of you, the cops will not be called? Just ask them to be nice?