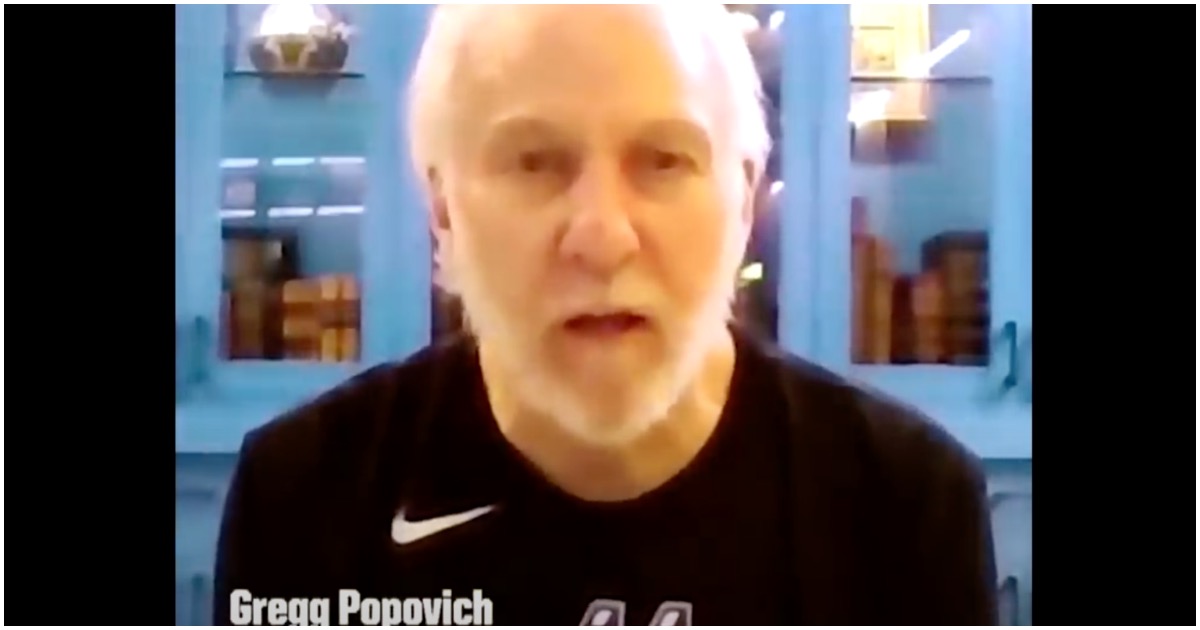 The following article, NBA Head Coach: ‘The Flag Is Irrelevant. It’s Just A Symbol’ Some ‘Use for Political Reasons’, was first published on Flag And Cross.

Time after time, the guy hits President Trump. He seems to enjoy it, as do so many leftists.

On Sunday, he went after the flag a bit.

San Antonio Spurs coach Gregg Popovich criticized NFL commissioner Roger Goodell for caving to Donald Trump in the past on the issue of player protests during the national anthem.

“A smart man is running the NFL and he didn’t understand the difference between the flag and what makes the country great — all the people who fought to allow [Colin] Kaepernick to have the right to kneel for justice,” Popovich told The New York Times in a column by Maureen Dowd posted Saturday. “The flag is irrelevant. It’s just a symbol that people glom onto for political reasons …”

Roger Goodell has STILL not apologized to @Kaepernick7 and the sports press STILL lets him get away with it.

First game of the new season all the players and most of the fans will kneel.

NFL is living in the past. Change is here

Proof that the NFL is trying to work on this issue not just now but for years to come: pic.twitter.com/vzg6uu5Rt8

We were proud to be a part of today's Bridge to the Future march, organized by Tiffany Chancellor and Nathalie Wright, wives of @KamChancellor and @KJ_WRIGHT34.

The Super Bowl MVP speaks out. (via @PatrickMahomes) pic.twitter.com/iQuNglWGtA

Be a part of the solution. #InspireChange (via @obj) pic.twitter.com/8ZVbU7RDXJ

Something that’s not often mentioned is the importantance of self care & mental health in the black community, especially now. I asked #49ers CB @RSherman_25 about this: “It’s difficult. To acknowledge that is to acknowledge the human aspect of it & how vulnerable each of us is.” pic.twitter.com/mUcoXArr2D

“There are so many things that we as players go through that we feel like we do don’t have anybody to talk to [about].”@ThomasDavisSDTM hopes teams provide outreach programs for players in the wake of George Floyd’s death. pic.twitter.com/fKbhJy1CvP

Continue reading: NBA Head Coach: ‘The Flag Is Irrelevant. It’s Just A Symbol’ Some ‘Use for Political Reasons’ ...