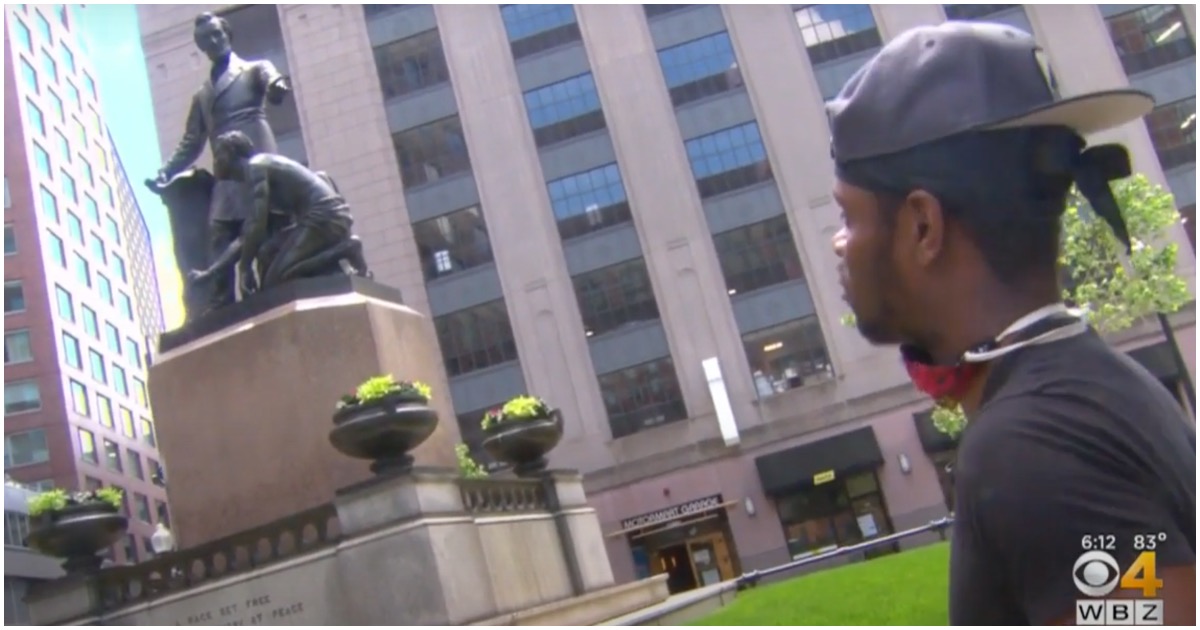 BOSTON (CBS) – When the Christopher Columbus statue in Boston’s North End was beheaded this week, the city decided to remove it while leaders weigh its historic meaning. Now the Mayor’s office is considering what to do with the Emancipation Memorial in Boston’s Park Square.

The statue sits a block away from Boston’s Public Garden, nestled between the Park Plaza Hotel and the Legal Seafood restaurant. It’s a replica of the original statue in Washington, DC designed by Charlestown native Thomas Ball. It was built almost entirely with funds donated by former slaves.

During a speaking engagement in 2019, not only did Speaker Nancy Pelosi (D-CA) flub the facts surrounding Lincoln but she couldn’t even remember the name of a Democrat peer.

Pelosi used to talk an awful lot like President Trump, back in the day.

In fact, old (…or young?) Pelosi did not care for illegal aliens.

She even went as far as saying “we certainly don’t” need more of them.

DemonKKKrats are STILL mad Lincoln and the Republicans freed their slaves…!