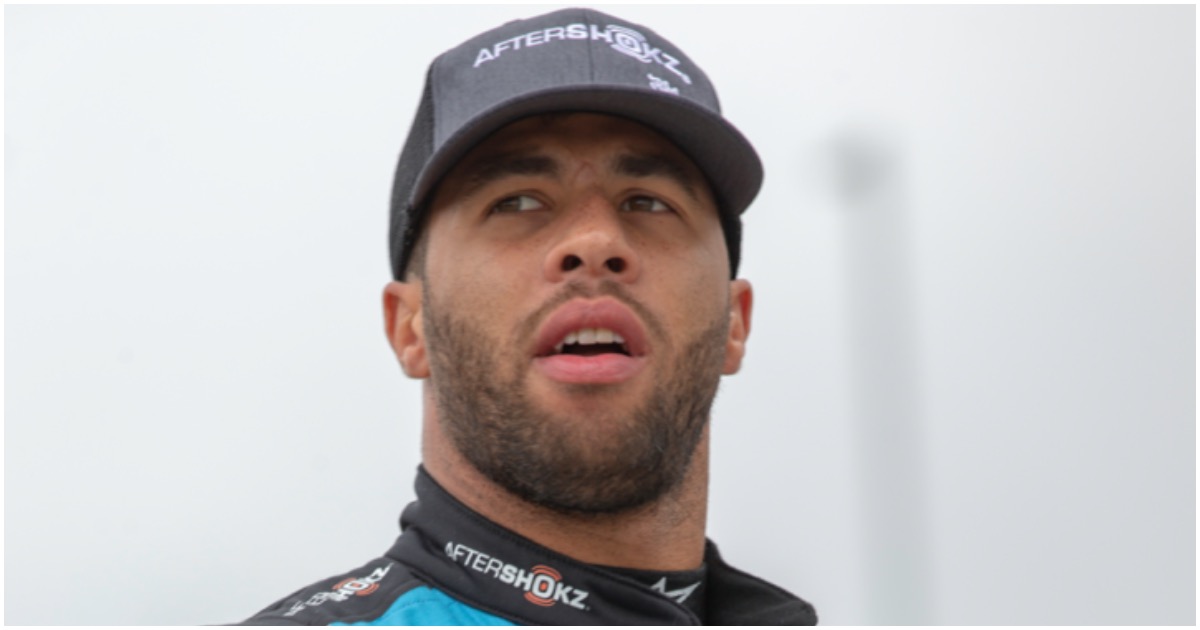 The following article, If We’re Pulling Divisive Images Like Confederate Flag From NASCAR, Why Is BLM Being Used?, was first published on Flag And Cross.

A black racer driver is far more rare than a black hockey player. Therefore, Bubba Wallace is like a unicorn – if you will. NASCAR kowtowed to Bubba when he called on them to ban the Confederate flag from events. The reason, of course, is because it is controversial.

Wallace doesn’t like the flag. He doesn’t believe it’s a sign of Southern pride, as so many millions of Americans do.

And yet, despite millions of Americans being offending by everything Black Lives Matter stands for (radical gay agenda, abortion, other far-left nonsense, etc.), Wallace’s racecar is plastered with BLM this and that like crazy!

If one thing is banned because it offends, shouldn’t all things be banned that offend? Is that such a difficult concept to grasp?

NASCAR driver Ray Ciccarelli announced on his Facebook Wednesday that he intends on leaving the sport at the end of the season. His biggest issue appears to be a disagreement with the direction that things are heading. This decision comes in the wake of NASCAR allowing on-track personnel to kneel during the national anthem, Bubba Wallace driving a car that says Black Lives Matter on it and the sport banning the Confederate flag from races.

Darrell “Bubba” Wallace Jr., currently the only full-time black driver on the NASCAR circuit, was a guest on Good Morning America Thursday and said he’s “really proud of the efforts of NASCAR and wanting to be a part of change.”

Wallace drove a No. 43 Chevrolet car on Wednesday during a race at the Martinsville Speedway in Virginia with a #BlackLivesMatter paint scheme and the words “compassion, love, understanding” emblazoned on the side.

"My favorite place and it just continues to show!”@BubbaWallace reflects on a career-best @MartinsvilleSwy finish of 11th place. pic.twitter.com/gGvztwtRso

Ryan Blaney is one of Bubba Wallace’s best friends. Blaney describes what he has seen in Wallace as Wallace has taken a more leadership role in advocating for change in society: pic.twitter.com/vHdxxUHoRk

Continue reading: If We’re Pulling Divisive Images Like Confederate Flag From NASCAR, Why Is BLM Being Used? ...