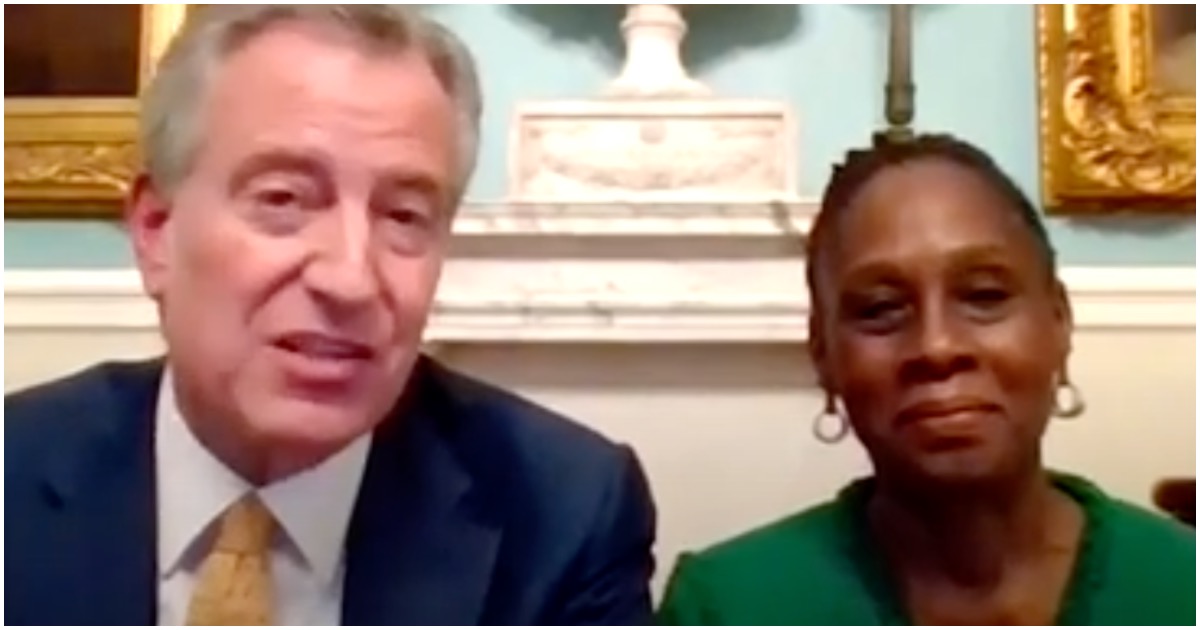 The following article, Bill De Blasio’s Wife Says Police-Free New York Would Be ‘A Utopia’ (Video), was first published on Flag And Cross.

Chirlane backed a “mental health scheme” that has now cost taxpayers $850 million. Good thing it wasn’t an even $1 billion, huh?

Democrats do love, support, endorse, promote and defend their Banditos.

Bill, and his nigger won’t be happy until they burn down the whole city.

She’s an idiot. Look at Chicago a few days ago. l8 murders in one day. I would take l cop over her husband. I feel 98 percent are decent people and i WONDER how I would deal with things with what they ahave to deal with all the time. I would bet her husband would have some kind of security like they think they are more important than cops

DeBlasios Tree Climber really means …. NYC will be Violent all you can carry & loot Baboon Zone…..!