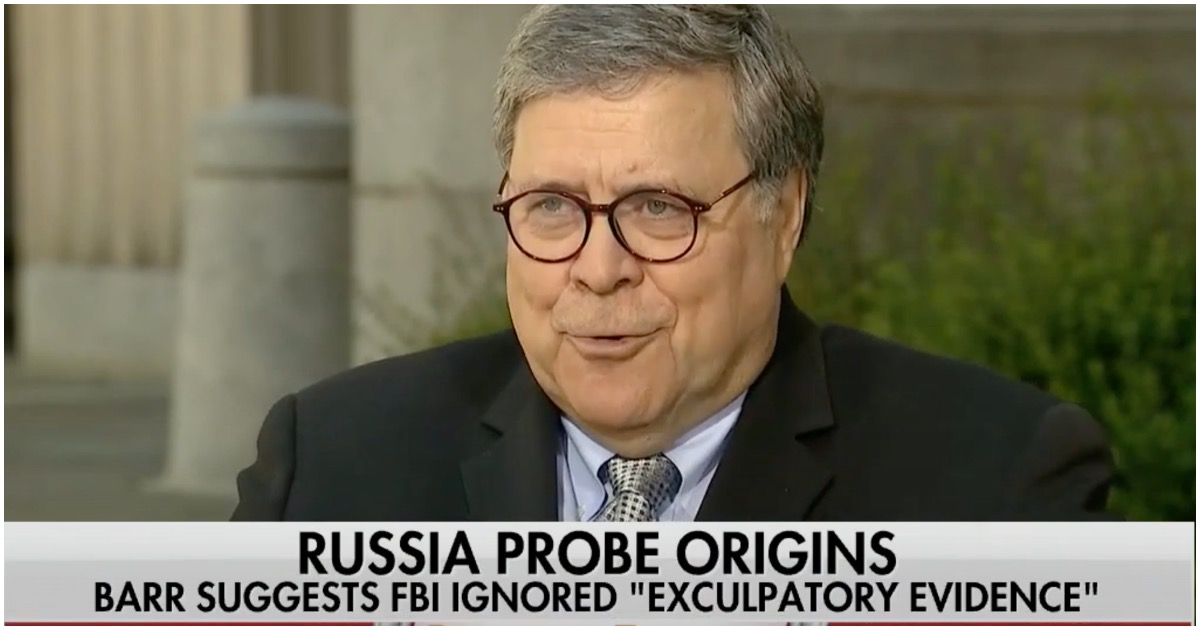 The following article, Barr: ‘I’m Very Troubled’ About What I’ve Learned During Durham Probe, Lot of ‘Familiar Names’, was first published on Flag And Cross.

Democrats won’t care that AG Bill Barr is “troubled by” what he has learned behind the scenes regarding the Durham investigation. But they should care; they should care bigly.

Here’s why, via Daily Wire:

Attorney General William Barr told Fox News anchor Bret Baier in an interview that aired on Tuesday night that he has been “very troubled” by what U.S. Attorney John Durham has uncovered in his criminal investigation into the origins of the Russia investigation.

Barr was tight-lipped about what has been uncovered so far in the criminal investigation and said that the investigation has been “working very aggressively to move forward” despite the coronavirus pandemic, which shut down a lot of the court system.

Additionally, an ex-FBI lawyer in that case even falsified a CIA email submitted to the Foreign Intelligence Surveillance Act (FISA) court in order to make Page’s communications with Russians appear nefarious, the DOJ inspector general found. The FBI lawyer, Kevin Clinesmith, was allegedly told by the CIA that Page had reported his Russian contacts and was essentially acting as an informant — only for Clinesmith to allegedly omit that exculpatory information in a surveillance warrant application that framed Page’s communications with Russians as a sign that he was a secret foreign agent.

Barr said he couldn’t comment on whether criminal charges were coming, including concerning Clinesmith — but that people shouldn’t become impatient. The DOJ has concluded that the Page warrant was legally improper and lacked probable cause.