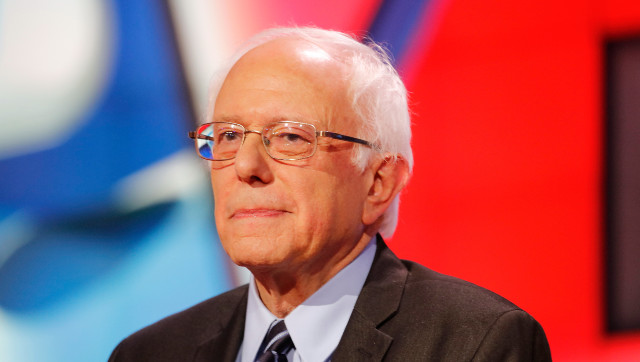 In a comment that’s probably going to leave a lot of folks both stunned and puzzled, Democratic Socialist Sen. Bernie Sanders, a man who in times past has called for a “political revolution,” has come out against the idea of abolishing police departments.

This, of course, puts him at odds with a lot of folks on the political left who are voicing their disdain for local law enforcement in the wake of the tragic death of George Floyd at the hands of police officers. This incident has sparked massive outrage leading to violent riots, looting, and plenty of assaults and even murders.

Sanders spoke in a recent interview with the New Yorker, about his push to see law enforcement reform, which would actually see more resources and funding available for law enforcement departments across the country. This is vastly different than the current cries of “defunding” that have come from the party in the wake of the riots.

Sanders insisted Congress should adopt “police-department reform on top of over-all criminal-justice reform,” which he said he proposed in a letter to Senate Minority Leader Chuck Schumer.

In stark contrast to the words of Sanders, a veto-proof majority that makes up the Minneapolis City Council has pledged to disband their law enforcement department in light of the concerns of protesters and the tragic incident that occurred in their city with Floyd.

What a strange world we live in when words of common sense are uttered from the lips of Bernie Sanders. It should be a given that abolishing police altogether is a horrible idea. Local communities need these services to keep their streets from devolving into anarchy.

Mental health professionals, which the city council in Minneapolis wants to send out instead of cops, are not going to be able to prevent violent crimes. Criminals are no doubt excited about the prospect of being able to pretty much do whatever they want. Let’s hope that doesn’t happen.