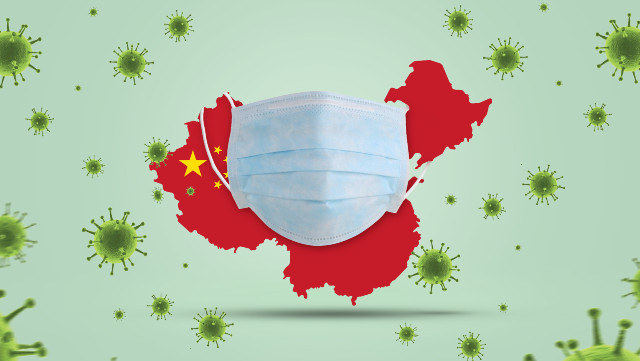 According to new reports, the footage shows that there were huge spikes in vehicle traffic during the later portion of the summer and into early fall compared to the previous year. This indicates that the coronavirus might have been making its way across the city many months before the outbreak was reported to the World Health Organization.

All of this comes from a Harvard Medical School study, so the information is pretty solid.

Researchers studying 350 commercial satellite images found nearly double the number of vehicles parked outside the health centers versus the same time in 2018, according to an ABC report on the study. Dr. John Brownstein, a Harvard medical professor who led the project, said the surge in traffic “coincided with” a spike in Chinese internet searches of “certain symptoms that would later be determined as closely associated with the novel coronavirus,” such as diarrhea and respiratory symptoms.

“Something was happening in October,” said Brownstein, the director of the medical center’s Computational Epidemiology Lab. “Clearly, there was some level of social disruption taking place well before what was previously identified as the start of the novel coronavirus pandemic.”

Footage also revealed a pretty significant decline in the amount of vehicular traffic in one very interesting public place. That place? The Huanan Seafood Market.

The parking lot was filled with 219 cars on September 12, 2019, right around the time the hospitals were starting to get very busy. By February 4, 2020, right as China was dealing with the thick of the virus’ spread, there were only 10 cars in the same lot.

“What we’re trying to do is look at the activity — how busy a hospital is,” Brownstein stated. “And the way we do that is by counting the cars that are at that hospital.”

John Cohen, the former acting Homeland Security Undersecretary, spoke with ABC News and said that this new information raises questions about when the coronavirus might have first arrived here in the United States.

“This study raises serious questions about whether the coronavirus was first introduced into the United States earlier than previously reported and whether measures announced in late January restricting travel from China were too little, too late,” Cohen sad during the interview.

There have been almost two million cases of COVID-19, confirmed, in the country since January. More than 7 million people across the globe have tested positive for the illness, with a global death total of 400,000.