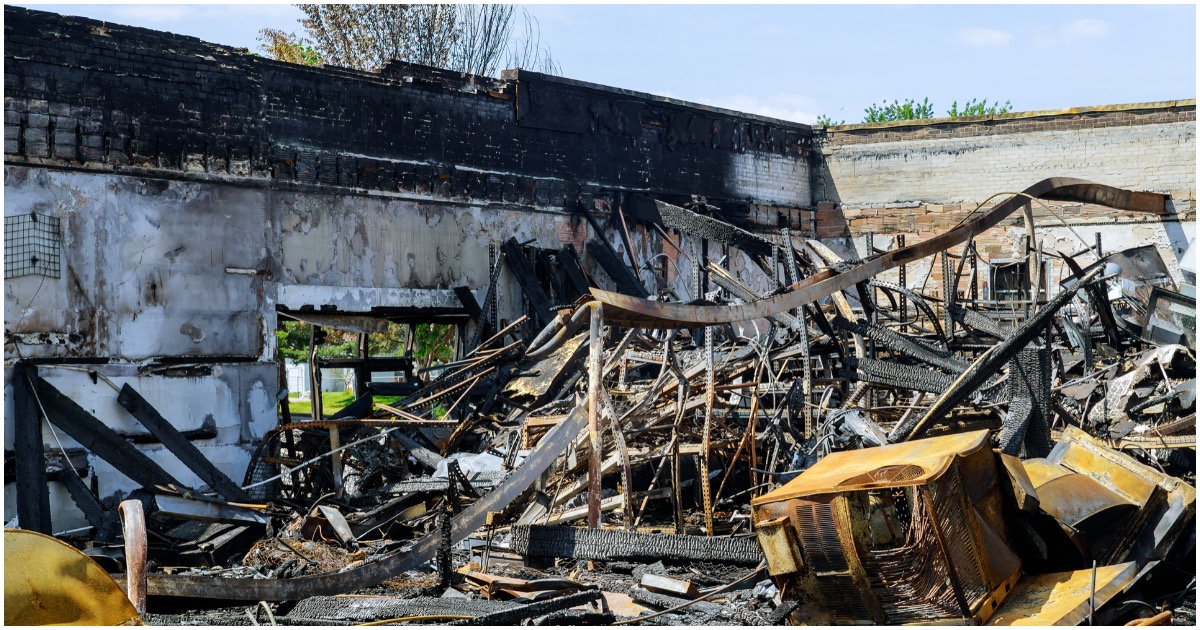 The following article, Manufacturing Company Owner Moving Business From State After Rioters Burn Down Building, was first published on Flag And Cross.

Actions, like elections, have consequences. Can it be expected that a business owner would remain in a city where his building was burned down? It shouldn’t, that’s for sure.

The owner of a manufacturing company in Minneapolis that was burned to the ground during last week’s violent riots has announced that he is relocating his company, taking dozens of jobs out of the city, due to the failure of the city’s Democrat leaders to protect businesses.

“They don’t care about my business,” Kris Wyrobek, president and owner of 7-Sigma Inc., told the Star Tribune. “They didn’t protect our people. We were all on our own.”

Wyrobek said the plant, which usually operates until 11 p.m., shut down about four hours early on the first night of the riots because he wanted to keep his workers out of harm’s way. He said a production supervisor and a maintenance worker who live in the neighborhood became alarmed when fire broke out at the $30 million Midtown Corner affordable housing apartment complex that was under construction next door.

“The fire engine was just sitting there,” Wyrobek said, “but they wouldn’t do anything.”

Minneapolis Mayor Jacob Frey was booted from a Floyd rally for saying he would not defund the police.

This is the soon to be former mayor of Minneapolis, you can watch him getting redpilled in REALTIME.pic.twitter.com/nhUyfrRS6d

Would be Revolutionaries, never forget this…

You can summon the mob, but that doesn't mean you are in charge.pic.twitter.com/JpAsTHE6dz

Frey is now asking the federal government for cash due to damage caused by violent riots.

$0. Don’t give him a single cent. pic.twitter.com/dfVC1fZjIL