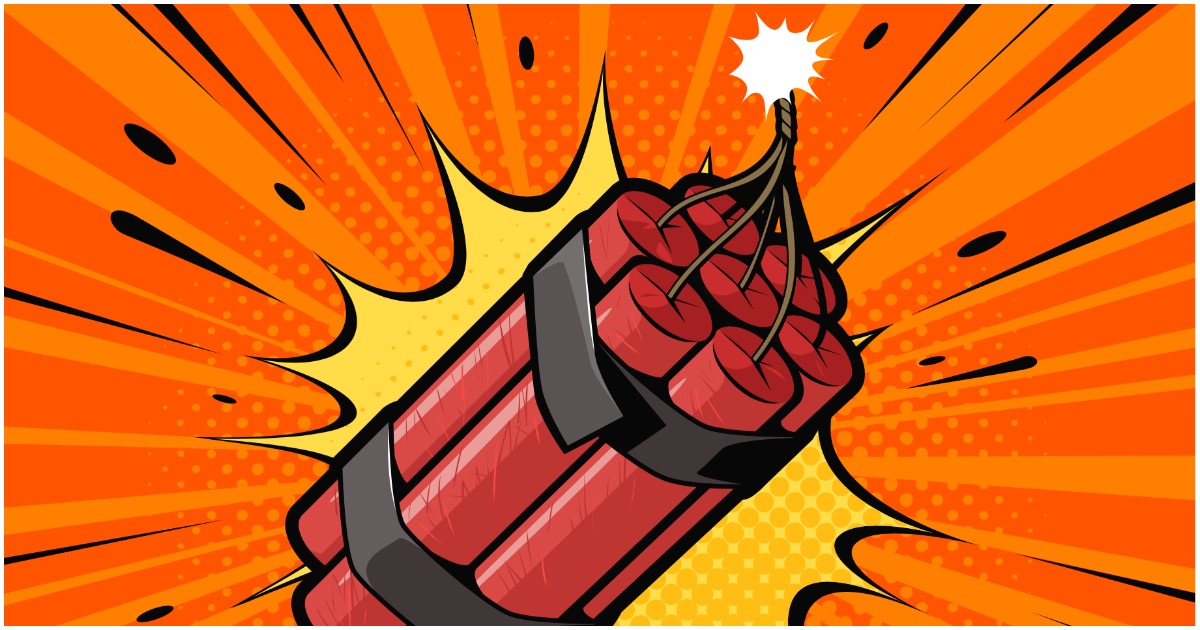 The following article, ICYMI: 50 ATM’s Blown Up With Dynamite In Philly, One Rioter Accidentally Blows Self Up, was first published on Flag And Cross.

However, the madness in Philadelphia might be on an entire other level all to itself.

Numerous businesses across Philadelphia have been looted and damaged over the past few days, including one grocery store which the owner says was vandalized for 15 hours straight.

The ShopRite in the Park West Town Center was destroyed by the looters. Owner Jeff Brown said they didn’t just take the merchandise, they smashed all their computers, cameras and cash registers.

Liberals think conservatives and moderates are violent because we own guns.

When was the last time you saw a group of conservatives block a freeway, turn over cop cars, riot, loot, throw Molotov cocktails and burn buildings?

THOUSANDS of protestors at standstill in front of SF Hall of Justice where rows of cops in riot gear defend the racist institution. Crowd chants “Quit your job!” #sfprotest pic.twitter.com/a4m1Gk1SLJ

Pandemic, riots, earthquakes, the only thing left is the alien invasion. Given a choice, I’ll take the aliens. Take me away from this craziness!#earthquake pic.twitter.com/wSX3a6ZlWZ

Who's fueling the riots? When it comes to Black Lives Matter, @RealCandaceO makes a clear distinction between the sincere hashtag and the organization, which she calls "one and the same" with Antifa. But it's DEFINITELY NOT the Open Societies Foundation! pic.twitter.com/jFJSRNLRHb

Joke going around the NYC Jewish community: Why does the groom break a glass at the chuppah? To trick @billdeblasio into thinking that it's only a riot and not, God forbid, a wedding.

Continue reading: ICYMI: 50 ATM’s Blown Up With Dynamite In Philly, One Rioter Accidentally Blows Self Up ...

Blowing up ATMs, a looter getting serious. But he likely already had looted his new TV, now wanted cash. But then turned into a “good looter”.