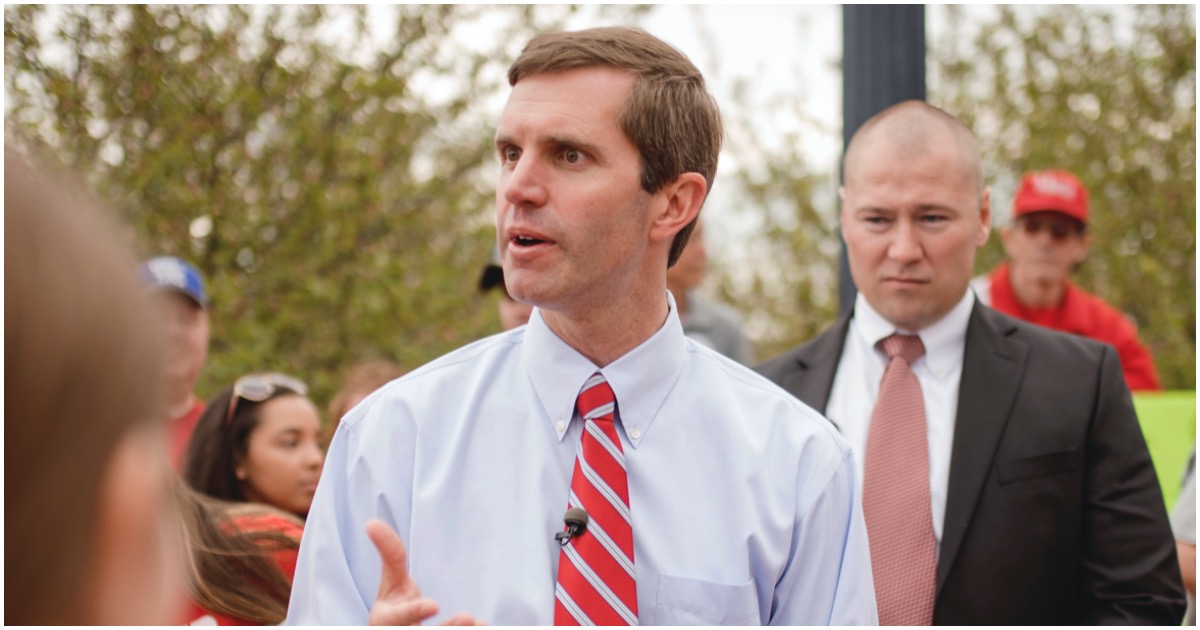 The following article, Democrat Governor Working to Give Free Health Care to Residents, If African-American [Video], was first published on Flag And Cross.

How did Matt Bevin lose to this guy? Kentucky: what were y’all thinking? Want a do-over now or what? Unfortunately, Andy Beshear will be in office for at least another couple of years.

Gov. Andy Beshear announced Monday a commitment to provide health insurance for all black people in Kentucky, part of what he calls a push to correct racial inequalities in the state.

Beshear offered few details on the initiative, calling it a “multi-faceted campaign” and adding that he believes health care is a basic human right and that he hopes to “eventually make sure that there’s coverage for everybody.”

An estimated 8.4 percent of Kentucky’s 4.4 million population are black, according to the most recent data provided in July 2019 by the US Census Bureau.

He said, “In our health care system, the inequalities have been … exposed by this COVID-19 epidemic, and the results of inequality and health care have been shown: It’s death. We see African Americans dying at twice the rate that they make up of the (state) population, and it simply can’t be allowed to continue any longer.”

Gov. Andy Beshear announced on June 8 that Kentucky will begin working toward the goal of making sure all Black Kentuckians are covered with either Medicaid, Medicare, or private insurance pic.twitter.com/5Qy3IllM5k

#BlackLivesMatters protests are NOT over, do not let anyone tell you this is dying down. Movement. Not trend. https://t.co/oqguq0R1A8

A 23-year-old man from St. Paul, Minnesota, faces federal charges for his alleged role in the May 28 fire that damaged a police station during protests in Minneapolis https://t.co/SYeMvP16rI

Holy shit this is a #BlackLivesMatter protest in ALASKA pic.twitter.com/axyxZVz6rr

Merely a push to keep black people on welfare and to vote for democrats, to keep the free stuff coming.

Lets call this for what it is. A communist govenor trying to turn ky. Covid is already covered under the fed gov. This man is trying his best to turn us into a communist state by using the black community as pawns. It is just a continuation of the dem party keeping the black man down promising him free stuff in order to get their vote. But by using them as pawns he is going to be killing two birds with one stone. The hard working american who is finding it hard to keep food on the table will be… Read more »