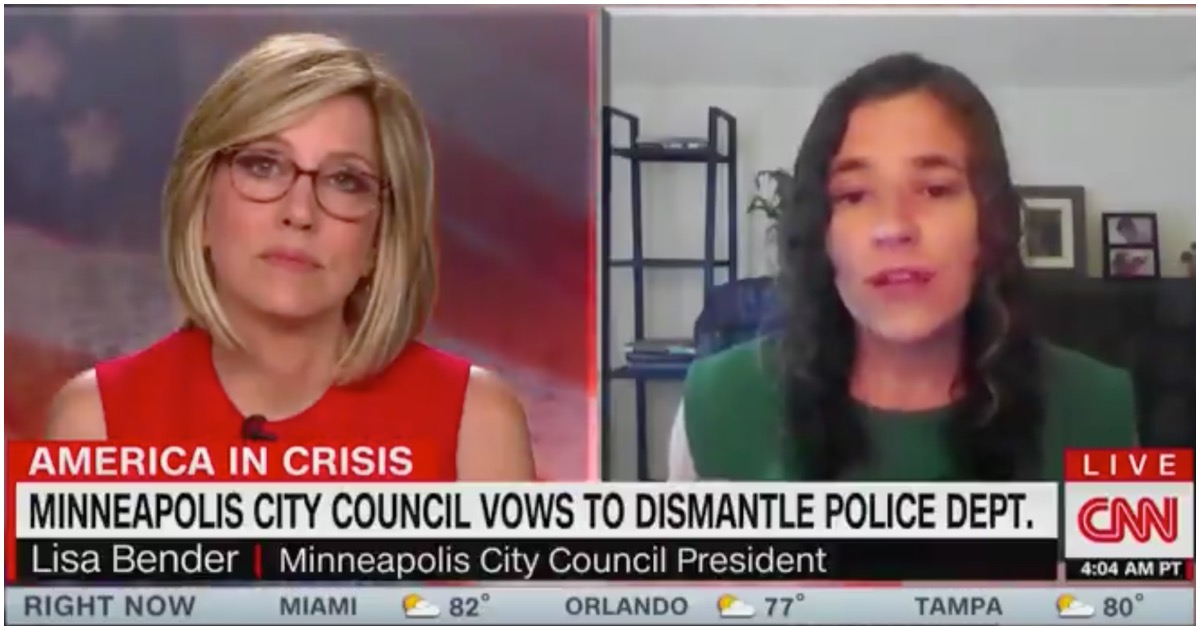 The following article, Councilwoman Claims Calling Cops for Home Invasion ‘Comes From A Place of Privilege’, was first published on Flag And Cross.

To paraphrase the words of Chris Tucker’s character from Rush Hour: “Do you hear the words that are coming from your mouth!?

It’s as if radical lefties enjoy walking around looking like complete goofs.

Check out what this city councilwoman from Minneapolis has to say about home invasions. It’s a doozy.

CAMEROTA: "What if in the middle of the night my home is broken into. Who do I call?"

BENDER: "Yes, I hear that loud and clear from a lot of my neighbors. And I know — and myself, too, and I know that that comes from a place of privilege." pic.twitter.com/WhubQ9yJIf

Blitzer: "What happens if there's a criminal out there with a gun and starts shooting people?"

Minneapolis City Council President dismisses those concerns or hypothetical because "it is becoming increasingly clear that that model of policing isn't working." pic.twitter.com/mQpUkkyCi4

Members of the Minneapolis City Council pledged to “dismantle” the city’s police department in the wake of worldwide protests over the killing of George Floyd.

Council President Lisa Bender joined several other members in promises to drastically change how public safety is upheld in the city.

From the mouth of another liberal moron.

Idiot woman will have a Vicious Baboon firmly planted up her ass another with his Mr. Beefy 9 inches down her throat…. as she tries to call the Police from her place of Privilege……!