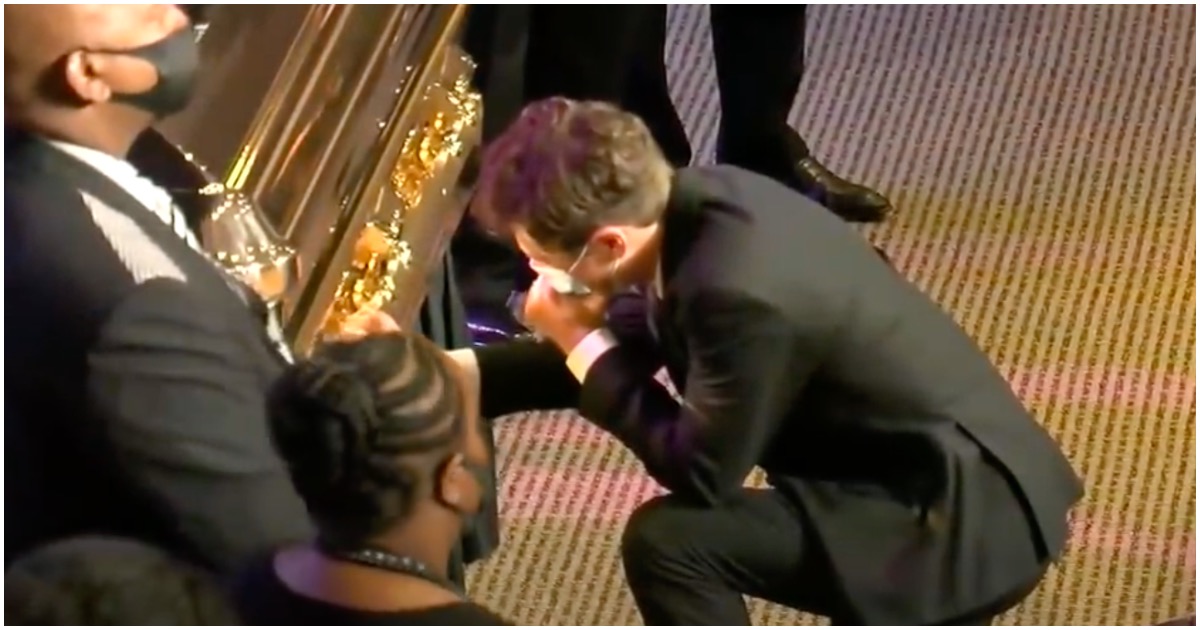 The following article, Mayor Cries For 1 Minute At Floyd Funeral, Booted from Protest After Saying He Won’t Defund Cops, was first published on Flag And Cross.

George Floyd didn’t deserve to die under the knee of former police officer Derek Chauvin, who was 100% in the wrong. At the same time, Floyd wasn’t a saint.

Both of those things can be true, simultaneously.

Minneapolis Mayor Jacob Frey, like pretty much every liberal in the world, is turning Floyd into a martyr on par with Martin Luther King, Jr.

Frey was booted from a Floyd rally for saying he would not defund the police.

According to the Mayor’s Office, protesters were marching around northeast Minneapolis and were near Frey’s home Friday afternoon. When protesters were near his home they began chanting for the mayor to come out and address the police issue.

While addressing the crowd Frey stated, “I do not support abolishing the Minneapolis Police Department.”

This is the soon to be former mayor of Minneapolis, you can watch him getting redpilled in REALTIME.pic.twitter.com/nhUyfrRS6d

Would be Revolutionaries, never forget this…

You can summon the mob, but that doesn't mean you are in charge.pic.twitter.com/JpAsTHE6dz

Frey is now asking the federal government for cash due to damage caused by violent riots.

$0. Don’t give him a single cent. pic.twitter.com/dfVC1fZjIL

Anyone pushing the “defund the police” are not on the side of law and order which is the base of America (and all free countries of our world) and are either very stupid or are criminals. Of course the criminal element would like there being no law enforcement to prevent their lawlessness, only makes sense. Meanwhile those innocent citizens must stand up against this threat to their safety and remove any politician going along with this insane idea out of office & power.

The mortician poked George’s Dick out of a hole in the casket…..! The mayor was giving Saint George a Bon-Voyage Suck-Off…..!