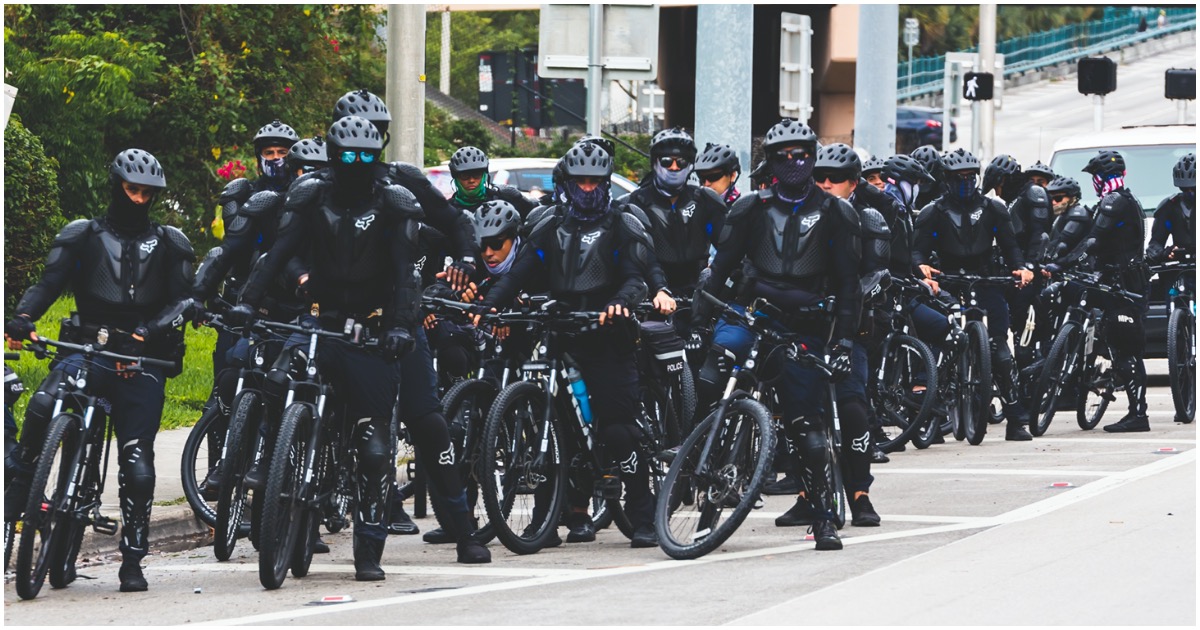 Democrats say (and do) the darnedest things! It’s as if they don’t hear the words that come from their mouths. They are the product of a largely immoral, Godless lifestyle – and it shows.

Wealthy celebrities like soccer star Megan Rapinoe, musicians John Legend and Lizzo, and left-wing activist and actress Jane Fonda have all signed an open letter demanding the “divestment from police.”

The letter was posted on DefendingBlackLives.org and titled, “A Letter to Demand Divestment from Police and an Investment in Black Communities.”

According to Rolling Stone, “The letter was released by activist Patrisse Cullors, a co-founder of Black Lives Matter and a founding member of the Movement 4 Black Lives, a coalition of more than 100 black-rights organizations.”

Black Lives Matter is a radical anti-cop activist group. Its members have chanted for dead officers, and a 2016 lawsuit from the father of a slain Dallas officer accused the activist group of inciting the “war on police” that led to his son’s death.

A couple of decades ago, former Vice President Al Gore convinced a good portion of the entire world that their lives were in peril and would soon change forever in a negative way due to “global warming.”

Along the way, Gore made a lot of money. From a business standpoint, the man is a genius. On a personal level, Gore and his ilk are merely savages who have a good portion of an entire generation thinking “climate change” is super real, bro (enter thumbs up emoji here)!

What’s really sad is that older radical leftists like Fonda and Senator Bernie Sanders (VT) continue to profit off of the politically uninformed by pedaling nonsense, day after day – and the mainstream media just goes along for the ride.

What can you do? This is America. Everybodyhas an opinion — no matter how wrong…

Saying she's been inspired by Greta Thunberg, Jane Fonda tells @ABC she's going to hold a weekly protest in DC on climate change: "I'm moving here. I'm going to be here through Thanksgiving, and Christmas, sleep, rain, whatever it is."

Actress Jane Fonda has been arrested at the US Capitol during a climate change protest.

The 81-year-old said she was "inspired and emboldened by the incredible movement our youth have created".

Well, guessing they all have many millions and can thereby hire armed guards to keep the criminals out once there are no police to call. Or perhaps they can merely call antifa or blm to come and rescue them?