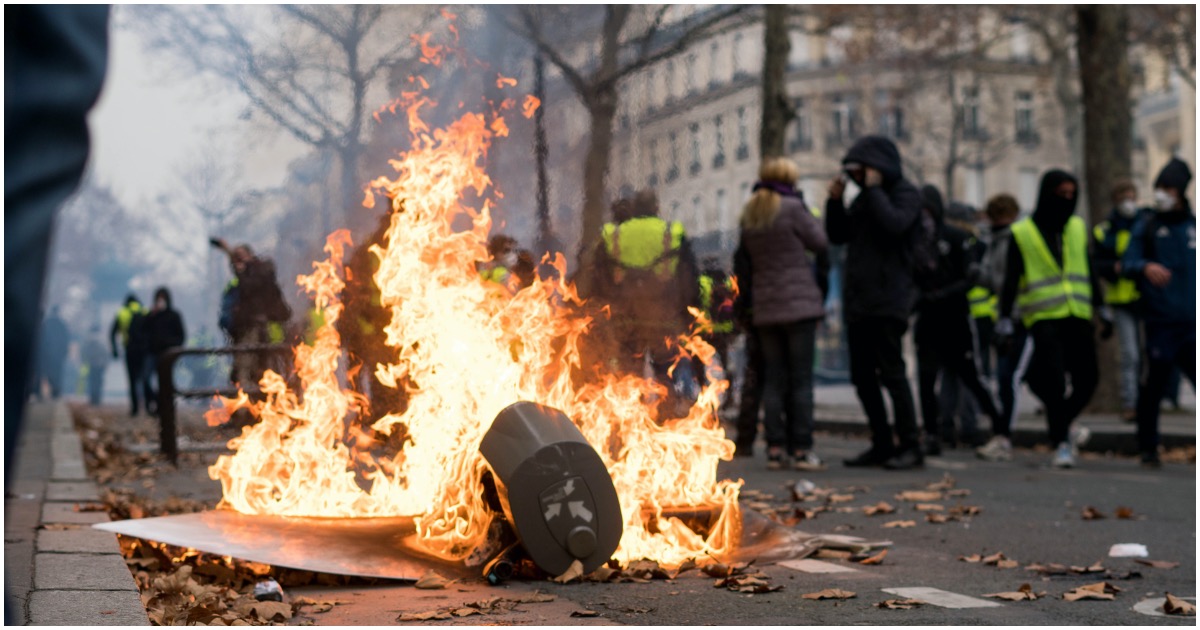 The following article, Where Are the Demonstrations for Victims of Street Violence? (Opinion), was first published on Flag And Cross.

The death of George Floyd while in police custody is a tragedy. No question. Does it justify a protest? Yes, but against that one event and that event alone. The protests we have seen imply that Floyd’s demise is not an isolated incident. They imply that it is evidence of systemic racism against blacks, that police violence against blacks is pervasive and universal, and that blacks are deliberately targeted by white police.

None of these conclusions is factual.

What concerns me is this: What about the protests for police and civilians, white and black, who have been killed or injured this week by rioters? Where are the demonstrations? Where is the outrage? Where are the protests for Dave Patrick Underwood? He was a Federal Protective Services officer who was shot and killed Friday night as protests and riots took place in the city of Oakland. Mr. Underwood, like Mr. Floyd, was black. David Dorn, a 77-year-old black retired police captain, was fatally shot as he defended a pawnshop during looting in St. Louis.

Where are the demonstrations about Mr. Dorn’s murder? A white man defending his store in Dallas died after protesters descended on him, hurling rocks at him, kicking him in the head and beating his face with skateboards and fists. Where are the protests for his murder? Where are the protests for the 19-year-old man who was killed in Detroit as hundreds of people rioted in the city’s downtown area. A speeding car slammed into an NYPD sergeant on a Bronx street corner, sending him flying into another vehicle and onto the pavement. I watched the video. It was horrible. He was trying to protect law-abiding citizens and their property. Where are the protests on his behalf?

Four police officers were hit by gunfire after violent protests in St. Louis. Numerous agents with the United States Secret Service were injured as rioters lit fires and threw objects just outside the White House gates. In Davenport, IA, an officer was shot in an ambush attack as he was responding to a riot. In Boston, a police patrol vehicle was set on fire and at least seven officers were injured while responding to violence in the streets. In Jacksonville, FL, an officer’s neck was slashed with an edged weapon during a riot that erupted in that city on Saturday night. In Salt Lake City, 21 police officers were injured while responding to rioters who stormed the streets over the weekend.

In New York City, at least 33 police officers have been injured.

Where are the demonstrations for them?

Are you beginning to get the message? For the American Left, it is acceptable to kill police, even if they are African-American. It is acceptable to kill whites under any circumstances. But the murder by police of a black civilian is infinitely worse. Why? Because the problems of black communities are blamed on a so-called tradition of white racism, and violence is considered an acceptable response. Kellie Carter Jackson, a black college professor writing in The Atlantic, typifies this viewpoint: “The philosophy of force and violence to obtain freedom has long been employed by white people and explicitly denied to black Americans. Only one thing is clear—there is no form of black protest that white supremacy will sanction. Still, black people understand the utility of riotous rebellion: Violence compels a response. Violence disrupts the status quo and the possibility of returning to business as usual.” This is what our college students are being taught. No wonder they want to loot and burn.

The leftist canard that racist police and the justice system deliberately discriminate against African-Americans is a lie. In 2020, it is ridiculous to suggest that white police are gunning for blacks. According to the FBI Uniform Crime Report, 41 unarmed people were shot and killed by police last year. Of them, 19 were white and only 9 were black. Statistics clearly demonstrate that large numbers of black males are in jail because black males commit a disproportionately high percentage of all crimes. The bulk of responsibility, says former New York Mayor Rudy Giuliani, is on African-Americans “who commit murder eight times more per capita than any other group in our society.” Black talk show host Larry Elder agrees, saying that, “Numerical disparities result from differences of offending, not because of racism.” The police, says Heather Mac Donald in The War on Cops, are not the enemy. They are trying to protect blacks from criminals. Many blacks, concerned about the level of black on black crime, are begging for more cops in their neighborhoods.

We are witnessing thousands of violent demonstrators who are using Mr. Floyd’s death as a convenient excuse to destroy our civil society. Many Democrats support them because they do not believe in the rule of law. They believed Obama when he said we should fundamentally change America, a country that only exists because of the Constitution and our legal system.

Fortunately, Obama’s successor in the Oval Office respects the rule of law. With it, we are the light of the world. Without it, the country as we know it will cease to exist.

Continue reading: Where Are the Demonstrations for Victims of Street Violence? (Opinion) ...