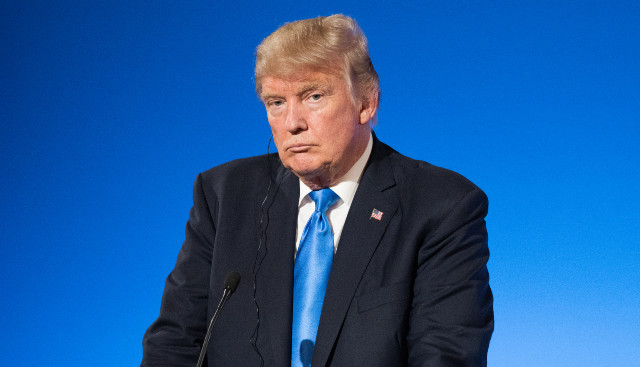 The following article, Trump Steps Back From Insurrection Act, But Not Before Military Leaders Issue Strong Rebuke, was first published on Flag And Cross.

President Donald Trump has signaled that he is going to step back from threats he’s made concerning the deployment of federal troops to states that are refusing to use the military to quell riots and violent protests, but not before leaders in the military issued sharp rebukes for his position on the matter.

Trump spoke with with former White House spokesman Sean Spicer on Newsmax TV Wednesday saying, “I don’t think we’ll have to,” referring, of course, to the invoking of the Insurrection Act, which would dispatch active-duty military troops on the streets to help reign in the current chaos.

“We have very strong powers to do it. The National Guard is customary, and we have a very powerful National Guard, over 300,000 men and women, and we can do pretty much whatever we want as far as that,” the president said. “But as far as going beyond that, sure, if it was necessary.”

On a leaked call Monday, Trump called governors “weak” and urged them, with the backing of Defense Secretary Mark Esper and chairman of the Joint Chiefs of Staff Mark Milley, to call up more National Guard members to quell protests in response to the death of George Floyd in police custody.

“If a city or state refuses to take the actions that are necessary to defend the life and property of their residents, then I will deploy the United States military and quickly solve the problem for them,” he said.

Esper went on to say on Wednesday morning that the military lexicon was inappropriate.

“I’ve always believed and continue to believe that the National Guard is best suited for performing domestic support to civil authorities in these situations,” Esper stated.

“I do not support invoking the Insurrection Act.”

The former National Guardsman went on to add,

“The option to use active-duty forces in a law enforcement role should only be used as a matter of last resort, and only in the most urgent and dire of situations. We are not in one of those situations now.”

Another major criticism for President Trump’s handling of this situation came from his former secretary of defense, Jim Mattis, who resigned back in 2018 after disagreeing with Trump’s policy concerning Syria.

Mattis said, “I have watched this week’s unfolding events, angry and appalled.We do not need to militarize our response to protests.”

“When I joined the military, some 50 years ago, I swore an oath to support and defend the Constitution. Never did I dream that troops taking that same oath would be ordered under any circumstance to violate the Constitutional rights of their fellow citizens — much less to provide a bizarre photo op for the elected commander-in-chief, with military leadership standing alongside,” Mattis added.

Mike Mullen, former chairman of the Joint Chiefs of Staff during the Obama years, also slammed the president in a piece that was published by the Atlantic.

“It sickened me yesterday to see security personnel—including members of the National Guard — forcibly and violently clear a path through Lafayette Square to accommodate the president’s visit outside St. John’s Church,” Mullen penned. “The United States has a long and, to be fair, sometimes troubled history of using the armed forces to enforce domestic laws.”

“We must, as citizens, address head-on the issue of police brutality and sustained injustices against the African American community. … And neither of these pursuits will be made easier or safer by an overly aggressive use of our military, active duty or National Guard,” Mullen continued.

Continue reading: Trump Steps Back From Insurrection Act, But Not Before Military Leaders Issue Strong Rebuke ...

This entire rioting situation was really not about Mr Floyd, his death was merely hijacked by the antifa & blm group to cause destruction to America with the agenda to decrease support for President Trump. And then a bunch of moron joined in to give those two groups cover along with another bunch of want to be criminals in search of a new TV or whatever they could loot. Time to take America back from those trying so hard to destroy it.