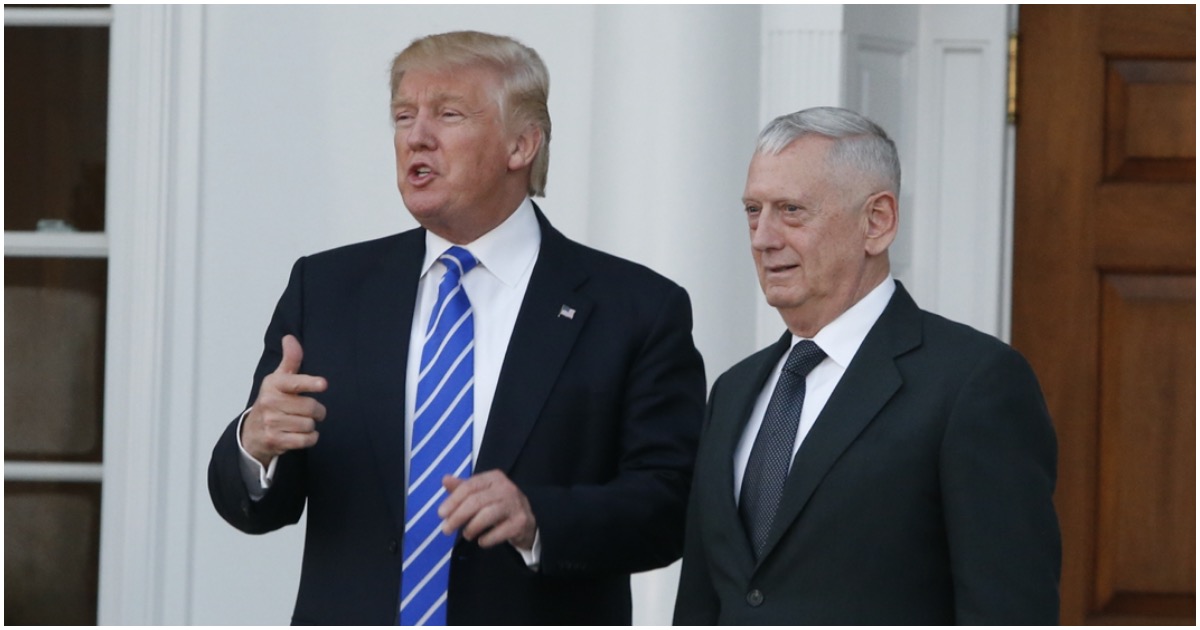 The following article, ‘He Tries to Divide’ – General Mattis Comes Out Firing Against Trump: ‘We Can Unite Without Him’, was first published on Flag And Cross.

How does one go from a “Mad Dog” to a pussycat in just a couple of years? That’s no disrespect to General Mattis’ military service, of course.

But to see him come out swinging against his former boss like this is just wild.

Former Secretary of Defense James Mattis, who served in the Trump administration for almost two years, unequivocally denounced President Trump in a statement accusing him of failing to unite the country amidst the unrest over the past week.

Mattis said, “I have watched this week’s unfolding events, angry and appalled. The words ‘Equal Justice Under Law’ are carved in the pediment of the United States Supreme Court. This is precisely what protesters are rightly demanding. It is a wholesome and unifying demand – one that all of us should be able to get behind. We must not be distracted by a small number of lawbreakers. The protests are defined by tens of thousands of people of conscience who are insisting that we live up to our values – our values as people and our values as a nation.”

He then added, “When I joined the military some 50 years ago, I swore an oath to support and defend the Constitution. Never did I dream that troops taking that same oath would be ordered under any circumstance to violate the constitutional rights of their fellow citizens – much less to provide a bizarre photo op for the elected commander-in-chief, with military leadership standing alongside.”

Here’s the audio of the US secretary of defense referring to American streets as the “battle space” pic.twitter.com/SmqynReHTC

Probably the only thing Barack Obama & I have in common is that we both had the honor of firing Jim Mattis, the world’s most overrated General. I asked for his letter of resignation, & felt great about it. His nickname was “Chaos”, which I didn’t like, & changed to “Mad Dog”…

…His primary strength was not military, but rather personal public relations. I gave him a new life, things to do, and battles to win, but he seldom “brought home the bacon”. I didn’t like his “leadership” style or much else about him, and many others agree. Glad he is gone!

#BREAKING: Three Los Angeles City Council members have introduced legislation that would reduce at least $100 million in LAPD funding and shift funds to other services https://t.co/NnY8y458Ox

Former President Obama is taking on an increasingly public role as the nation confronts a confluence of historic crises. In a virtual town hall Wednesday, Obama called for turning the protests over George Floyd’s death into policy change. https://t.co/2QXfm6csHj

Continue reading: ‘He Tries to Divide’ – General Mattis Comes Out Firing Against Trump: ‘We Can Unite Without Him’ ...

Is Mr Maddog participating in a dem coup? Or is it merely a case of “sour grapes” for being fired…