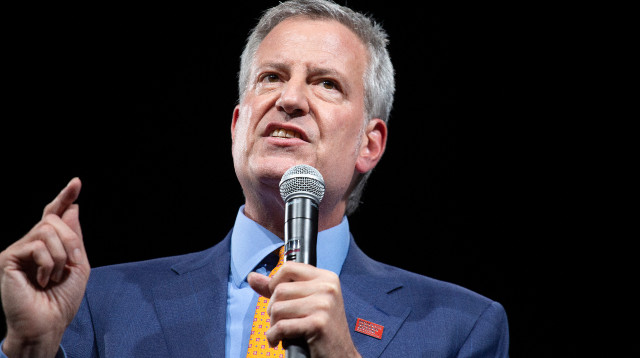 New York Congressman Max Rose, who also happens to be a captain in the Army National Guard, has come out against NYC Mayor Bill de Blasio, stating that he has lost control of his city amid the violent protests, rioting, and looting happening in the city, calling for the presence of the National Guard to be deployed to bring order to the chaos.

Rose released a statement on Tuesday that accused de Blasio of allowing the protests to spiral out of control due to a lack of action taken on his part, noting that bad actors have taken full advantage of the demonstrations for their own nefarious purposes.

“Last night demonstrated that the Mayor has lost control of situation once and for all,” Rose wrote. “If we are going to enforce an 8:00 p.m. curfew tonight, then the National Guard must be deployed to assist with that and that alone.” 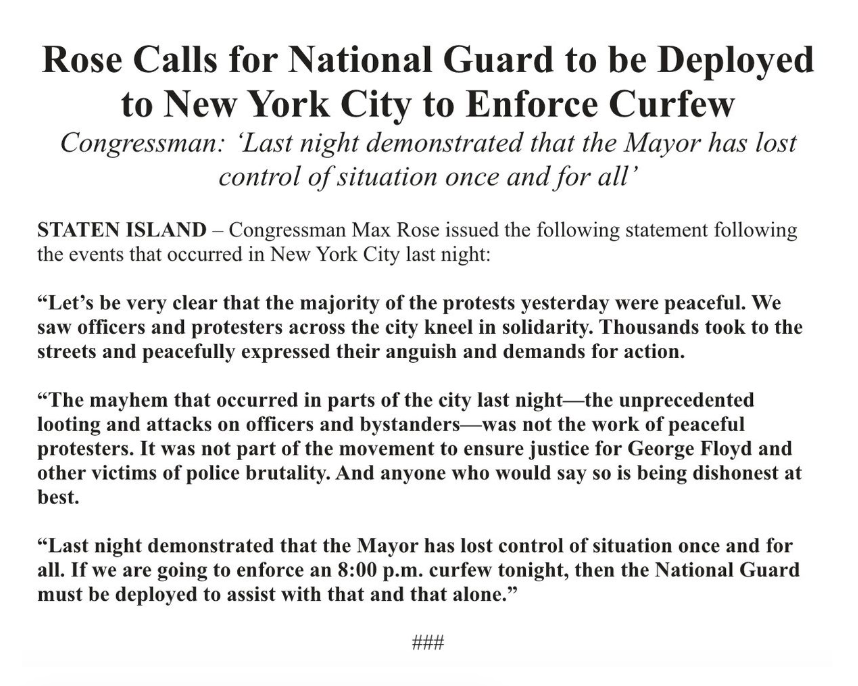 “The mayhem that occurred in parts of the city last night — the unprecedented looting and attacks on officers and bystanders — was not the work of peaceful protesters,” he said. “It was not part of the movement to ensure justice for George Floyd and victims of police brutality. And anyone who would say so is being dishonest at best.”

Part of the issue seems to stem from disagreements between Mayor de Blasio and NY Gov. Andrew Cuomo, both of whom have gone to battle with each other concerning these protests and the coronavirus outbreak. The two finally agreed to institute an 11 p.m. curfew for the city last night. This marks the first time a curfew like this was instituted in the city of New York in almost 100 years.

de blasio never had control, took this rioting & china virus to show him up. Too bad the voters in that city cannot find a real leader to elect. Might start with someone who actually has the backs of Americans instead of the criminals & illegals.